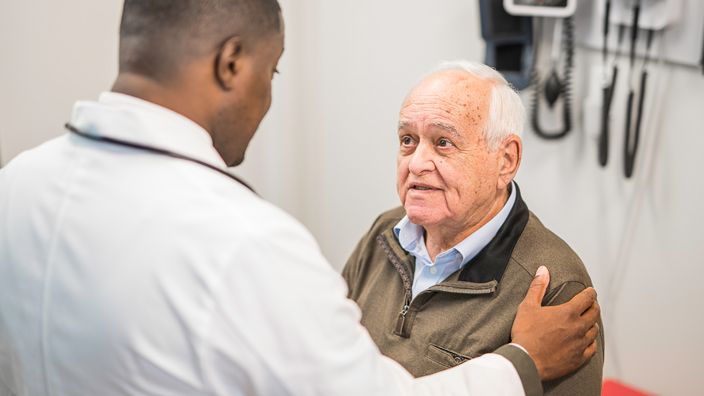 Southwest General Health Center was looking for a way to decrease its hospital readmission rate.1

And the organization found it in April 2016 with the implementation of Cerner Readmission Prevention and Acute Case Management solutions.

“Prior to this, we didn’t have a formula to identify high-risk patients,” said Jacquie Potelicki, RN, director, Case Management and Social Services. “Typically, we would go off someone’s age, length of stay or the number of times they were re-admitted within a six-month period.”

Today, the 350-bed, nonprofit health care system in Middleburg Heights, Ohio, (near Cleveland) uses Readmission Prevention, integrated within Acute Case Management, to provide staff with a readmission risk score within their daily workflow — eliminating the need to log in and out of different systems.

“The fact that we made it easy for folks to see the list of high-risk patients early in the morning is really important to planning the day,” said Potelicki. “If you know someone is a high-risk patient, we’re more likely to be encouraging to the patient that perhaps a skilled facility for the short-term may be the best discharge plan until they get stronger.”

The issue is a bigger and bigger one for health care organizations across the nation. According to the Kaiser Family Foundation, total Medicare penalties assessed on hospitals for readmissions are expected to reach $528 million in 2017, up by $108 million in 2016.2

By using integrated technology in tandem with other initiatives, the projected FY 2017 penalty decreased from FY 2016 by nearly 49 percent — close to $28,500 total.3

“Whomever from Cerner was assigned to our team was proactive in helping us with the data monitoring,” said Potelicki. “We were getting reports regularly for the indicators we identified as things we thought that would be impacted by our initiative. There was insight brought in looking at things we either weren’t doing or hadn’t thought of yet.”