Battling sepsis on World Sepsis Day and beyond

by Jennifer Yang-Meslet
Published on 13 September 2018

This World Sepsis Day, over 20,000 people will die from the condition1, including 120 in the UK2, and according to the Dr Foster research unit at Imperial College London, more deaths from sepsis are being reported.3

However, when drilling down further into the data, the main reason for the increase is improved awareness of sepsis. Doctors and nurses are recognising deteriorating patients earlier and are coding sepsis cases more accurately. This has led to a rise in coding for sepsis, and a subsequent increase in known sepsis-related deaths.

Proportionately, however, there is an actual reduction in mortality rates in hospital from sepsis.4 Make no mistake – the NHS is taking sepsis very seriously. You can’t walk around a ward or A&E department without seeing a ‘sepsis six’ poster warning of the dangers, as well as the ‘think sepsis’ badges that are proudly worn by clinical and administrative staff alike.

Increasing awareness within the NHS

Organisations like the UK Sepsis Trust have been vocal in their local and national campaigns, but there have also been a lot of top-down instructions for clinicians. For instance, NHS England has incentivised Trusts to effectively screen and treat patients with sepsis through local Commissioning for Quality and Innovation frameworks, while NICE has published best practice guidelines about how to treat suspected and confirmed sepsis patients in a hospital environment.

Such campaigns are great for looking at sepsis at a macro level, but – as we say at Cerner – healthcare is personal.

That’s why powerful campaigns focused on the impact of sepsis on individuals can really crystallise the impact on all our lives – on families, relatives and friends. One vocal campaigner asking, “could it be sepsis?” has been Melissa Mead, who lost her son William to the condition. We were fortunate to have Melissa address the Cerner European Collaboration Forum in 2017, and you can share the Mead’s moving, heartrending story below (in two parts).

It was another tragic personal story – involving our late co-founder, Neal Patterson – that inspired Cerner to focus on tackling sepsis. Neal’s sister-in-law died from sepsis after contracting pneumonia in 2006 – it wasn’t recognised and therefore wasn’t treated in time. To give clinicians the best chance to prevent this happening in future, Cerner developed an advanced algorithm embedded within the electronic health record (EHR) to continuously monitor specific criteria for all patients and fire an alert if they stray outside of certain parameters. Because of Neal’s personal tragedy, the algorithm is provided to clients for free.

Cerner’s sepsis algorithm is live across 11 Trusts in the UK, continuously monitoring patient information for risks and alerting clinical staff to patients with suspected sepsis. Staff are then able to act swiftly with the appropriate regimen for that patient’s specific condition/s. At Imperial College Healthcare NHS Trust, the algorithm went live in August this year and the wider project has led to several quality improvement initiatives such as a very successful sepsis big room.5

These changes aren’t just down to the technology – as always, people remain key. It’s their engagement, adoption and understanding that allows processes to change in order to unlock the full potential of the solution.

While the existing offering has customisable areas, such as the ability for organisations to set their own reference ranges – we wanted to do more. So, in light of the recent NICE and NHS England guidelines, we have worked with NHS Trusts to further develop and enhance our sepsis offering, and have launched a new ‘Red Flag’ sepsis workflow.

Looking to the future

The Red Flag sepsis workflow uniquely fires alerts based on high NEWS scores, and will also adapt to work with NEWS 2.0. It received its first implementation at Royal Berkshire NHS Foundation Trust in January 2018, with Milton Keynes University Hospital NHS Foundation Trust following suit in May.

With three further implementations planned in 2018 – and many more in 2019 – together with our clients, we’re determined that as many clinicians and patients as possible will be able to benefit from a solution that is based on the gold standard of sepsis detection.

We have no intention of resting there, either. A new challenge for Cerner and our partners is likely to be tackling the significant burden that sepsis causes within the community, in addition to the acute environment. Using intelligence, connected workflows and population level intelligence to adopt a preventative approach, we’re focused on battling against sepsis on World Sepsis Day, and every day beyond. 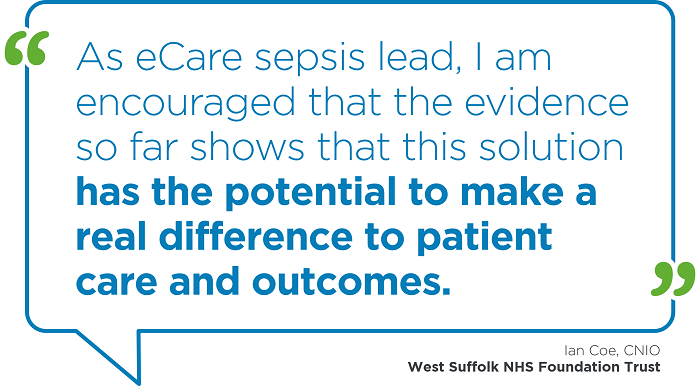 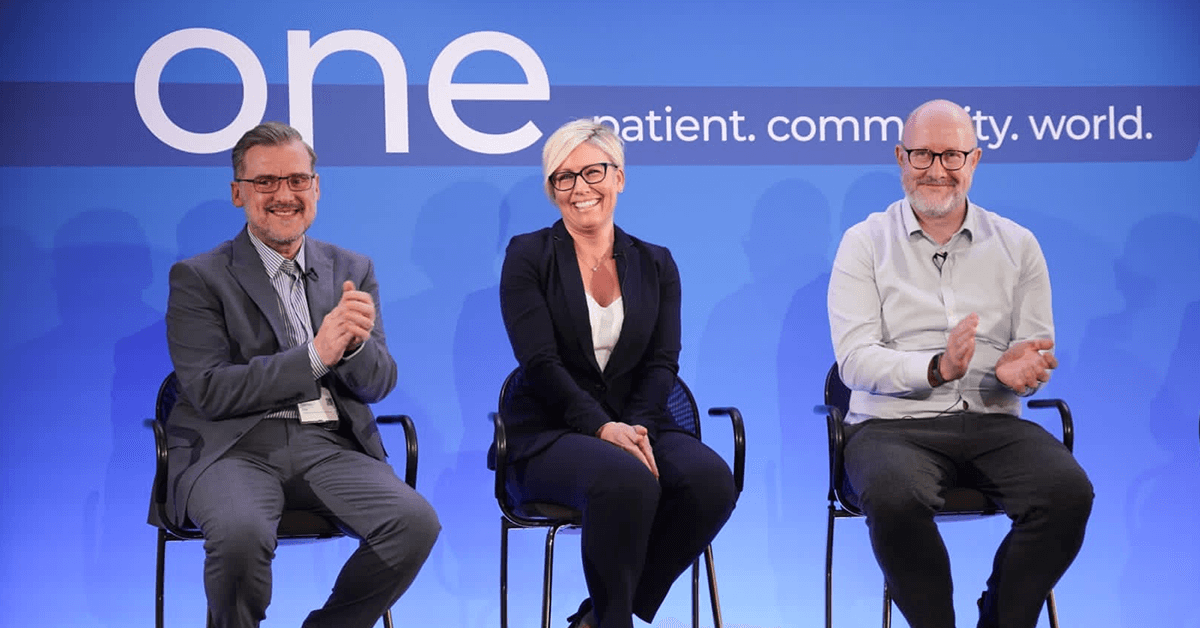 ECF22 – highlights, reactions and the future

by Cerner UK
26 April 2022
At the end of March 2022, the Cerner European Collaboration Forum brought together 300+ attendees from over 16 countries. 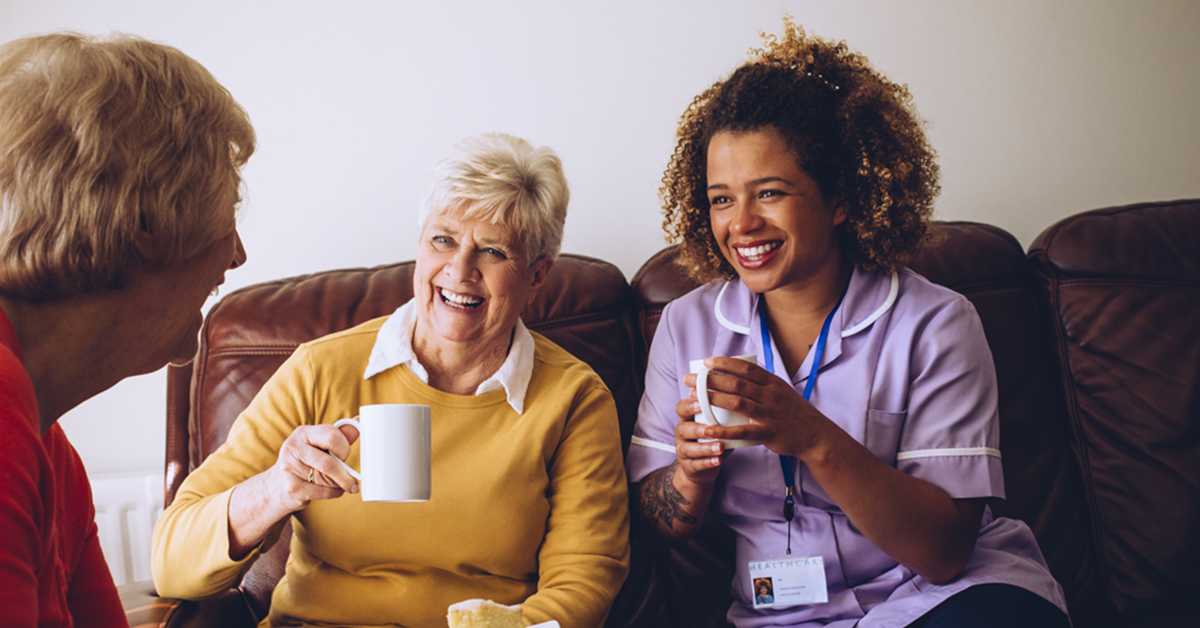 by Treesa Carter | James Hitter
3 September 2021
Treesa Carter and James Hitter share their experiences of working on the transformation of health and social care integration at Suffolk County Council.

by Cerner UK
12 May 2021
In this episode, five Cerner leaders have a conversation about returning to the frontlines as a nurse in the UK during COVID-19. 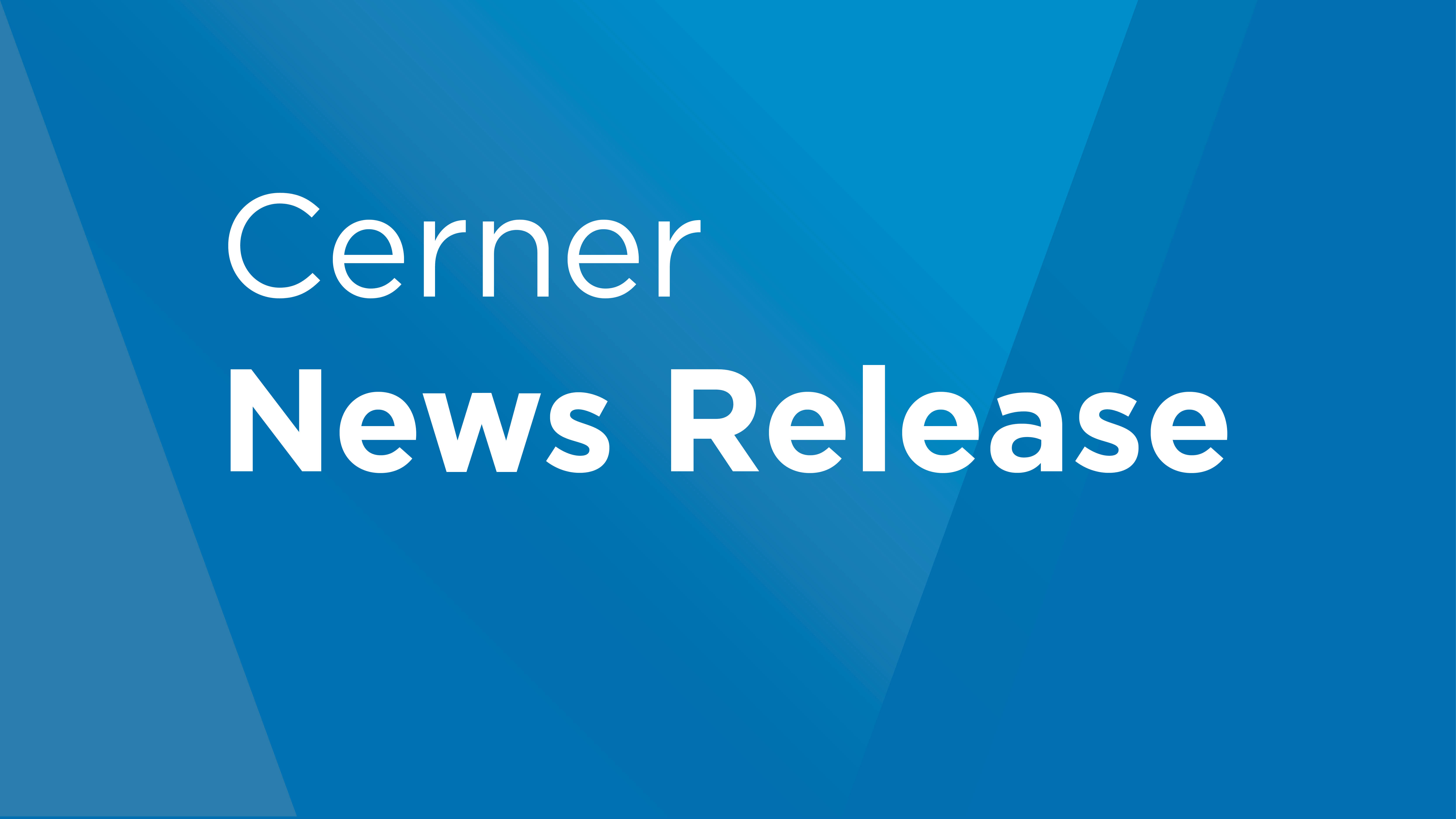 by Cerner UK
19 April 2021
Cerner Corporation and East Lancashire Hospitals NHS Trust (ELHT) have signed an agreement to implement an electronic health records (EHR) platform across the Trust. The EHR, supported by Cerner Millennium®, will replace paper-based records and other electronic processes, enabling access to a single, reliable, and integrated source of clinical information. Once implemented, the platform will provide clinicians with instant and secure access to a patient’s history and treatments, and as result, will help them make better and informed decisions based on specific patient needs.