by Maria Centeno
Published on 13 September 2019

In June, the UK Sepsis Trust and the All-Party Parliamentary Group on Sepsis published a report assessing the adoption of methods used by Trusts from across England to identify and treat sepsis, and to reduce preventable deaths.

Today, to mark World Sepsis Day, Maria Centeno, clinical consultant at Cerner, shines light on some of the strides that have been made in this ongoing battle, and provides practical examples of how staff training, combined with effective clinical decision support technology, is enabling vital early detection of this life-threatening condition.

The condition presents itself through an amalgamation of symptoms, which can differ in each patient, making it hard to identify. Without swift diagnosis and treatment, sufferers can experience multiple organ failure that can lead to death in a matter of hours.

Staff are called to be vigilant for the signs of sepsis in patients attending emergency departments – the new rule means providers are now contractually obliged to fully comply with the advice, or face financial penalties from their clinical commissioning groups (CCGs).

This mandated guidance is one of the latest steps taken by NHS authorities to improve patient safety through early detection.

Alongside this initiative, NHS England continues to push acute and ambulance trusts to complete rollout of the second version of the National Early Warning Scores (NEWS2) - a tool designed to assign scores to a patient’s physiological measurements and identify severely ill adult patients, instructing the clinician to escalate for senior review.

Likewise, some acute facilities around the country have taken actions, supported by Cerner’s solutions and clinical systems, to embed a gold-standard practice to shut down the risk of patients falling into septic shock.

The Royal Berkshire NHS Foundation Trust (RBH) is one such provider. The Trust, which serves a population of around 500,000 people, has developed a holistic approach to standing up to the sepsis challenge.

During a main-stage presentation at this year’s European Collaboration Forum, Claire Burnett, sepsis clinical nurse specialist, outlined the Trust’s capabilities around sepsis screening before and after their Red Flag implementation.

“The starting point for us was that the prevalence of sepsis and mortality attributed to it were not well-reported.

“In 2016, we had pretty low compliance with our paper-based sepsis screening tools, with only 12 per cent of all patients coming into the hospital being properly screened.

“We were also relying on retrospective data, so we weren’t getting a picture of sepsis rates within the Trust at a time point that was useful for clinicians.”

Following a simultaneous design, consultation and staff training process, the Trust successfully went live with the solution in all adult areas of the hospital within just three months.

Claire explains that sepsis awareness among staff has surged as a result of the workflow. When clinicians receive alerts from the EHR about possible septic patients, it also acts as a reminder for them to consider ‘could it be sepsis?’ when they see future patients with similar symptoms.

“A knock-on effect of using the screening tool is that we increased all of our sepsis training.”

As an organisation with limited resources, another key benefit for RBH was that Red Flag has given clinical staff the ability to understand which parts of the hospital are hotspots for sepsis at any given moment. Extra training can then be allocated to where it will be most useful in tackling sepsis cases – all this based on real-time information.

Rolling 12-month data from healthcare information provider Dr Foster suggests that the Trust’s increase in sepsis education for staff and the introduction of the Red Flag tool have helped to bring mortality rates down below the ‘relative risk’ line.  This means that the Trust’s Hospital Standardised Mortality Ratio (HSMR) score is now below the NHS average, once adjusted for patient ‘risk’ factors.

In addition to the implementation of Red Flag sepsis, nine months ago the Trust went live with an electronic prescribing and medications administration (ePMA) system, which is now used alongside the workflow.

As a result, clinicians are now equipped with all the necessary tools to not only identify patients at risk, but also to safely prescribe the necessary medications and antibiotics while automatically recording this information in the EHR, providing a much more accurate and real-time view of a patient’s condition.

The Trust is also working closely with local partners in general practice, nursing homes and the region’s ambulance service to use the same sepsis trigger tool. This is vital in helping to tackle the significant burden that sepsis causes within the community and to the acute environment.

A few months after RBH introduced the Red Flag sepsis workflow, another London Trust embarked on a similar journey.

Back in 2015, results from a national audit carried out by the Commission for Quality and Innovation (CQUIN) highlighted a critical need to improve the way staff at Kingston Hospital NHS Foundation Trust dealt with sepsis.

Quality standards established by the CQUIN indicate that hospitals must administer intravenous antibiotics to patients with sepsis within one hour of diagnosis.

Initial data from the audit showed that the Trust was at a compliance rate of 57%, and that only 67% of patients were being properly screened for sepsis. Something needed to change.

Some of the initiatives undertaken by Kingston as part of their sepsis quality improvement project included the appointment of a full-time sepsis nurse, mandatory induction training for staff, several Trust-wide campaigns to raise awareness and create engagement, simulation days to put learning into practice, and the introduction of an electronic sepsis alert, the St John Sepsis Agent.

Since then, the Trust has worked hard to improve their processes and deliver better patient outcomes. As part of these efforts, in July 2018 they took another significant step: they started the process to implement the newest guidelines introduced by the National Institute of health and Care Excellence (NICE).

The Red Flag sepsis alert went live within their Millennium EHR in December 2018, being the latest Trust to introduce this workflow.

“Giving members of staff the right tools to escalate patients for review whenever sepsis is a possibility has also played a significant part in our ability to provide timely treatment and improve patient outcomes,” Amy says.

Today, the Trust is in a different position to fight the silent killer. Screening rates have gone up by 22%, while timely antibiotics administration has also increased by 25%.

“Our pledge remains to keep continuously improving and to meet these targets on a monthly basis; and to ensure we are giving our patients the high-quality care they deserve,” she concludes.

“The UK Sepsis Trust welcomes these initiatives, especially at such a time when the national spotlight is on the swift diagnosis and treatment of sepsis.

Any kind of technology that assists clinicians in making prompt decisions when the warning signs of sepsis are detected should be embraced; with every hour that passes before the right antibiotics are administered, the risk of death increases.”

Battling sepsis all year round

While healthcare professionals on the frontline remain committed to battling sepsis 24 hours a day, 365 days of the year, the team at Cerner continues to work tirelessly behind the scenes to improve our sepsis solutions and the support they provide.

Working closely with our clients and partners, we are determined to help acute organisations identify and treat sepsis sooner, save more lives, and deliver better patient outcomes, together. 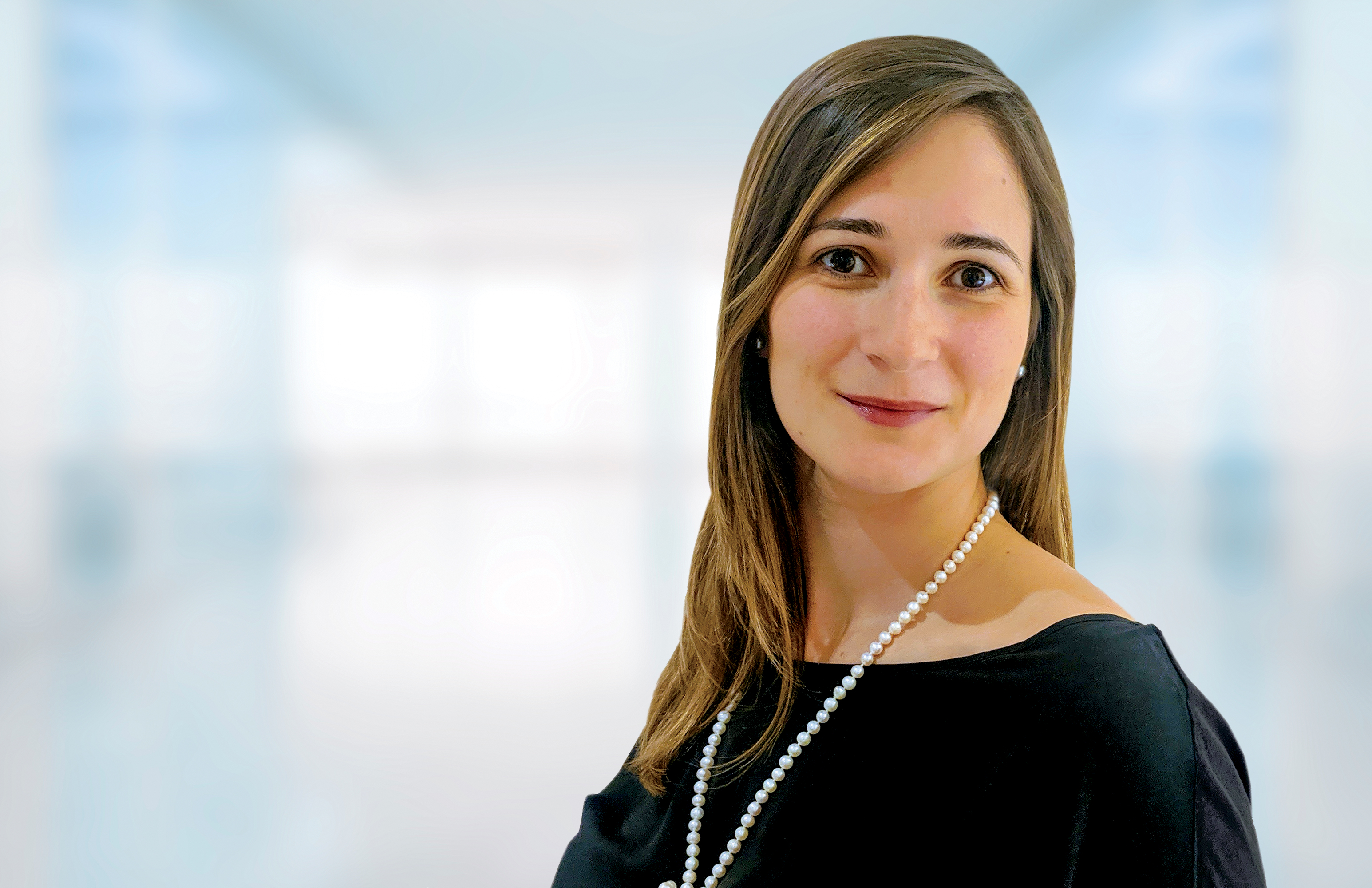 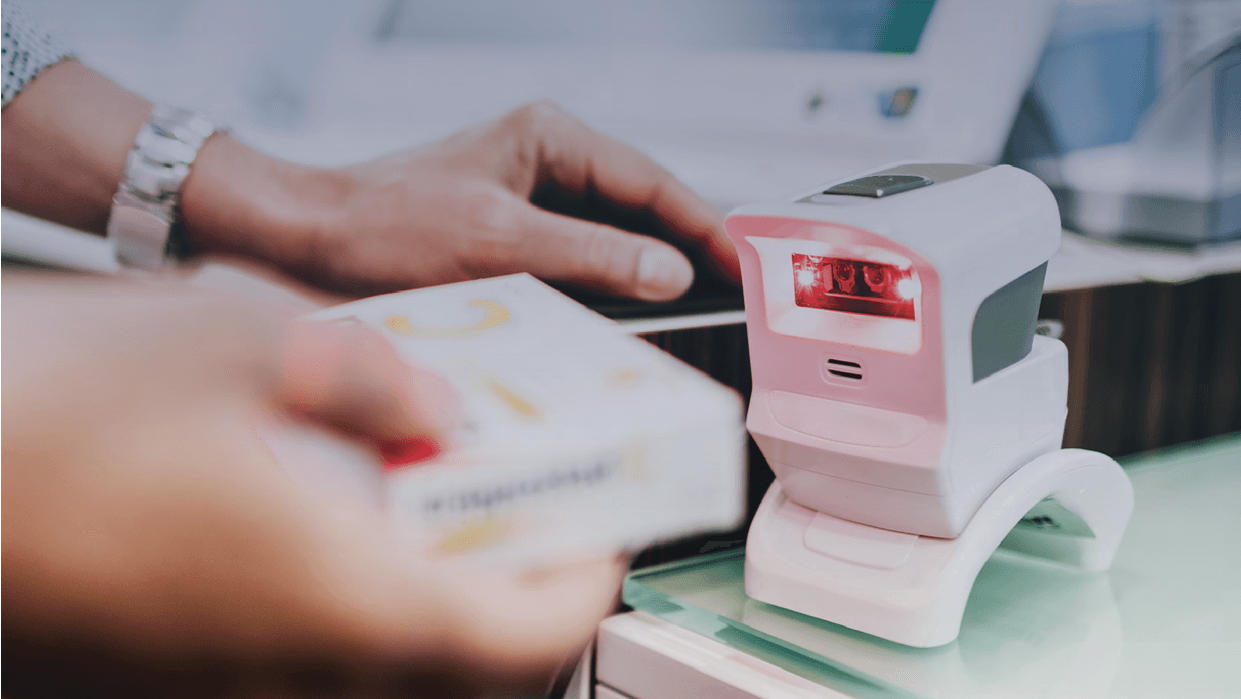 From drug charts to dissertation: Transforming healthcare through academic research – Part I

by Soomal Mohsin-Shaikh
25 September 2020
Soomal Mohsin-Shaikh is a PhD student at the UCL School of Pharmacy. In the first of two Cerner blogs, Soomal shares her experience as a junior pharmacist and how it encouraged her to explore the ways introducing electronic prescribing and medication administration (ePMA) in the hospital context changes workflow and communication around the use of medications, and how these changes can facilitate improvements in the safety and quality of medication management. 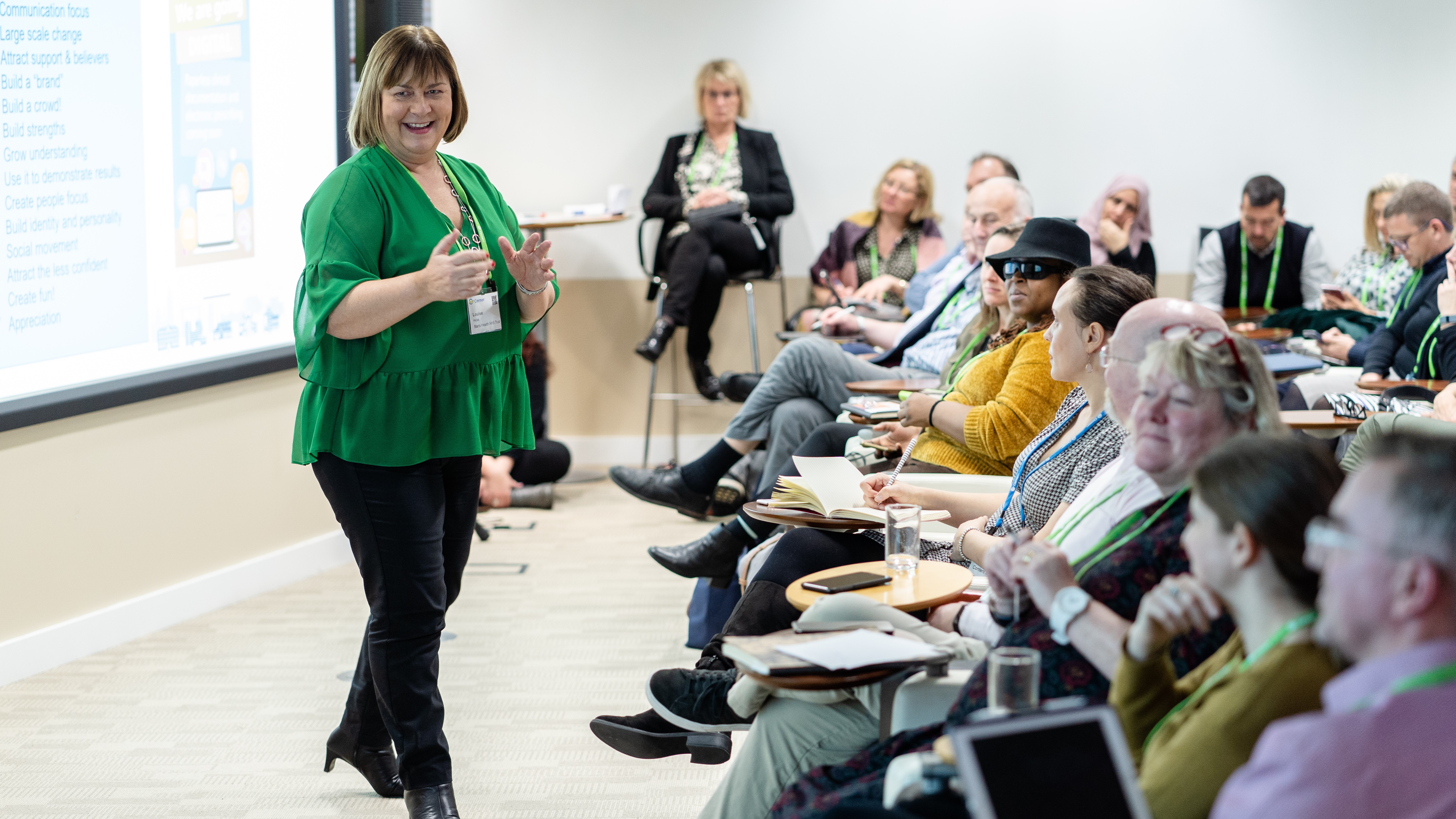 Reflecting on ECF20 - highlights, reactions, and what NEXT?

by Cerner UK
9 March 2020
During the last week of February, Cerner’s European Collaboration Forum (ECF) celebrated its tenth anniversary by bringing together 650+ attendees from over 16 countries. Their time in Paddington, London was spent reflecting on the progress made in revolutionising healthcare around the world and engaging in stimulating discussions about what the next stage of the journey could and should look like. 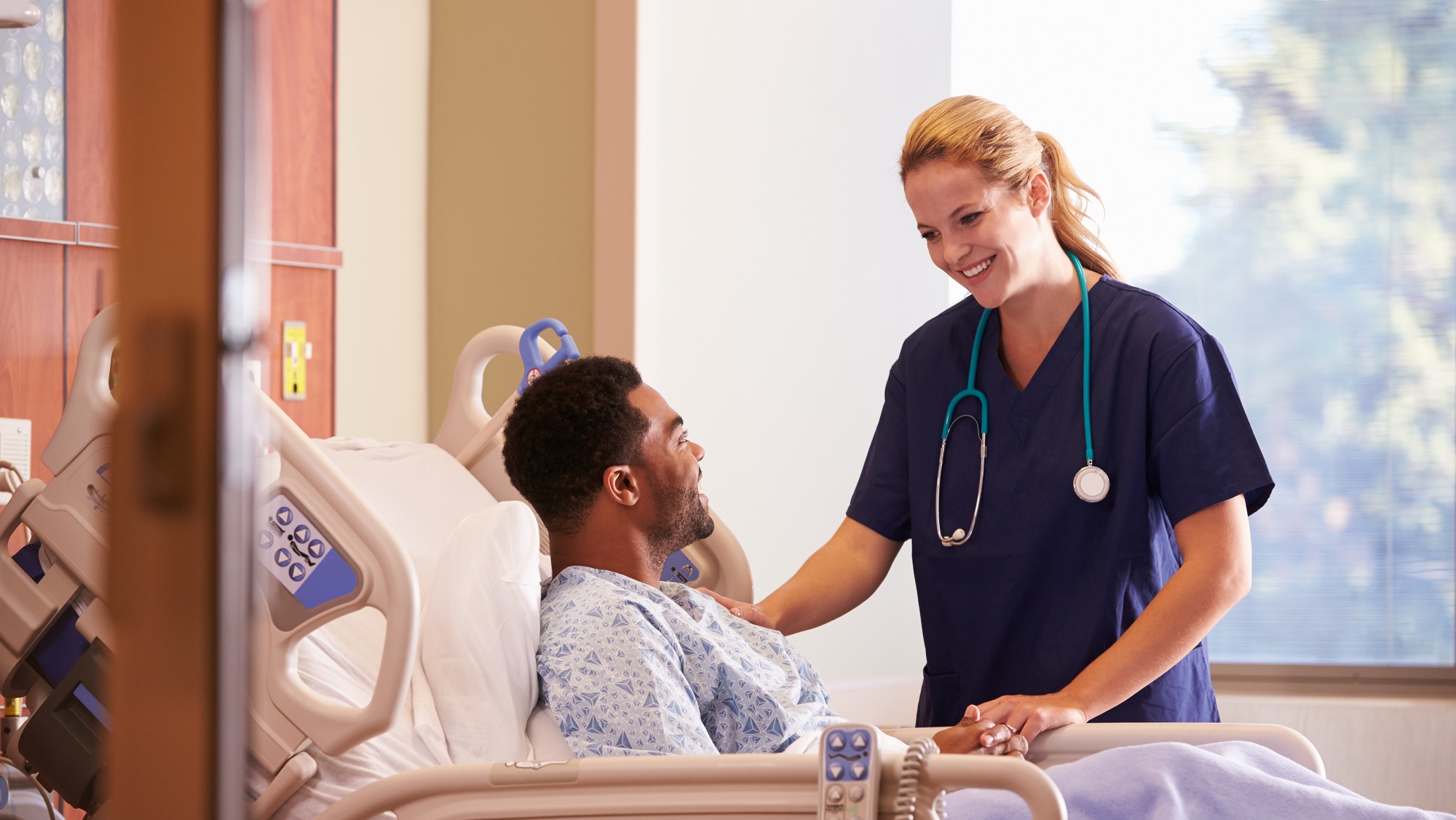 by Deirdre Stewart
12 May 2019
I wanted to be a marine biologist – Jacques Cousteau was my childhood hero. I wanted to be a forensic pathologist (surely Ireland needed more than one of them?). Instead, I became a nurse. This is the sort of illogical logic that has governed my life. 2 November 1980: Bags packed and ready to leave home, my mother handed me a gift - a leather-bound bible. The fly sheet is inscribed in her beautiful flowing script, with several verses from a Longfellow poem which poignantly starts: 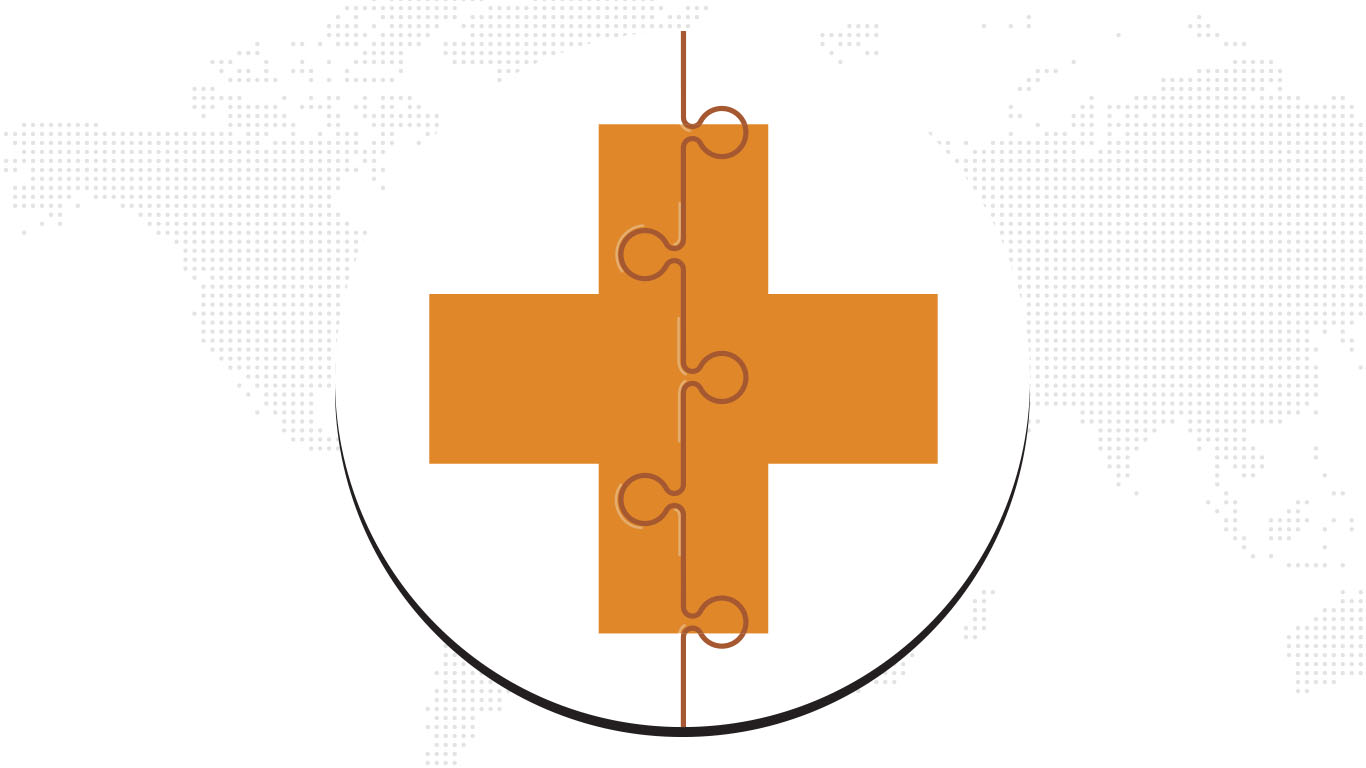 Joining forces to create a standard of care

by Dr Todd Allen | Dr Chris Wood | Dr Chris Streather
8 March 2019
Intermountain Healthcare and Royal Free London are working toward a common goal of reduced clinical variance. Improving care quality and reducing cost are two of the highest priority goals for healthcare leaders. With healthcare costs continuing to rise and clinical outcomes increasingly linked to reimbursement, optimising care and lowering costs are critical factors in determining the competitiveness and effectiveness of hospitals and health systems. Of all the approaches leaders can leverage to address these issues, reducing unwarranted clinical variance is receiving increased attention.