The Children’s Hospital of Georgia at Augusta University is using Cerner technology to ensure babies in the organization’s Neonatal Intensive Care Unit (NICU) receive the correct nourishment by automating the management of mother’s milk and formula.

The initiative is part of a larger effort at Augusta University Health, a Cerner ITWorks client, to modernize its nursing solutions. 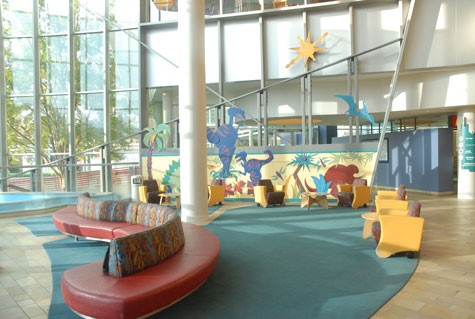 The Children’s Hospital of Georgia (CHOG) at Augusta University is using Cerner technology to ensure babies in the organization’s neonatal intensive care unit (NICU) receive the correct nourishment by automating the management of both mother’s milk and formula.

Since the Augusta, Ga., organization implemented Cerner’s Human Milk and Formula Management solution in December 2015, CHOG has achieved 100 percent accuracy in the management of mother’s milk.

Using the solution, “the NICU is able to confirm that the right baby gets the right breast milk at the right time, every time,” said Ruth Wilson, nurse manager at CHOG. “Families can find comfort that their baby is getting the proper nourishment even in a difficult situation.”

Catching nursing up to the 21st century

Chief Nursing Officer Laura Brower, MSN, RN, said the solution is part of a larger effort to update nursing-oriented solutions at the 154-bed facility. “We’re catching nursing up to the 21st century,” she said. “It’s exciting.”

Patient safety is a top priority at CHOG, which has the only Level IV NICU (highest level) in an 18-county region in Georgia and South Carolina.

CHOG is part of Augusta University Health, which has an ITWorks alignment with Cerner called the Jaguar Collaborative. Clinical leaders from AU Health worked with the team members from the collaborative to implement the solution.

Leading up to the implementation of the barcode scanning solution, nurses had to manually double check more than 350 bottles of milk a day to make sure they fed mothers’ milk and formula to the right baby in the NICU.

Such matching is important because of the potential for adverse outcomes, which can be especially dangerous for babies in a NICU.

In addition, automating milk management is an important step in the organization’s work toward reaching Stage 7 on the HIMSS Analytics Electronic Medical Record Adoption Model.

Augusta University Health reached Stage 6 in July 2016 — less than two years after the formation of the Jaguar Collaborative. (Initially the organization was at Stage 4.)

Through Cerner’s milk management solution, nurses also save time at each point in the handling process — collection, storage, preparation and administration. Not surprisingly, nurses love the solution.

Prior to implementation, the Milk Lab team used hand-written documents to track breast milk and formula.

Initially, the Milk Lab team expressed concerns about using a computer to track milk and formula. Post implementation, however, they are impressed with the new workflow.

“The system was so easy to follow that our Milk Lab team had no issues learning the software, and in fact, they love it,” Wilson said. “They could not imagine any other way.”

“The system also allows mothers to be ‘intimately involved’ in managing their breast milk at the hospital,” Wilson said. “The mother labels the initial bottle, and any questions about the breast milk can easily be looked up in the system.”

View All Client Achievement Stories
Client outcomes were achieved in respective settings and are not representative of benefits realised by all clients due to many variables, including solution scope, client capabilities and business and implementation models.