Sepsis alerting within the EHR – helping clinicians to save lives 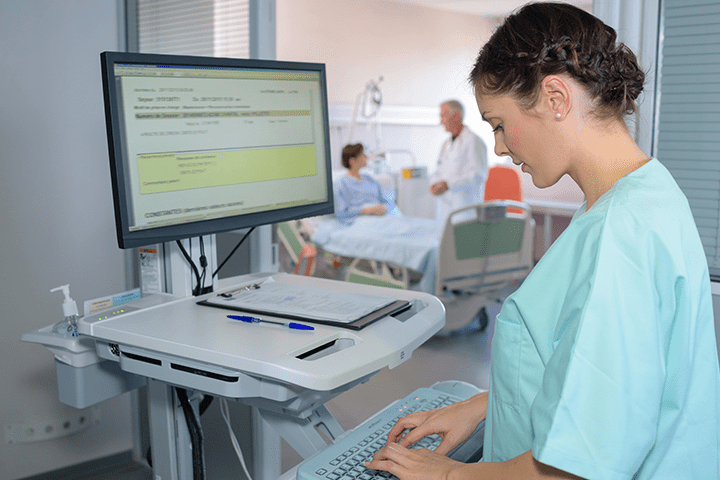 Sepsis kills. In fact, it kills up to 52,000 people every year in the UK alone.[i] That’s more than five people every single hour - that’s five too many. We believe that together, we’re able to fight sepsis.

The team at Imperial College Healthcare NHS Trust, working with Cerner, have been on a journey to identify and treat sepsis quicker and more effectively by realising the benefits of technological support. A recent study by Imperial College London showed that integrating sepsis as a priority within the Trust’s digital transformation programmes and using embedded digital sepsis alerts in the electronic health record (EHR) helped to improve sepsis patients’ outcomes. This peer-reviewed study was funded by NIHR’s Imperial Biomedical Research Centre and analysed over 21,000 patients admitted across three sites, making it the largest of its type undertaken to date in the UK.[ii]

While it can help, technology alone will not win the fight against sepsis. Imperial recognises this and embarked on their sepsis ‘big room’ concept in May 2017. This approach, originally developed by the Flow Coaching Academy in Sheffield, aims to improve complex care pathways. Imperial combined teamwork, data, technology and a collaborative quality improvement approach to help them reduce lengths of stay, improve antibiotic administration times, and reduce the risk of patient deaths from sepsis across Imperial’s hospitals.

The big room enabled the Trust to bring together all the people involved in a patient’s pathway, such as doctors, nurses and pharmacists at the frontline, patients themselves, Cerner engineers and clinicians, information analysts, senior clinicians and service managers. Equally important was the need to remove hierarchy from the room to ensure a safe space where all contributions could be considered and discussed fairly. 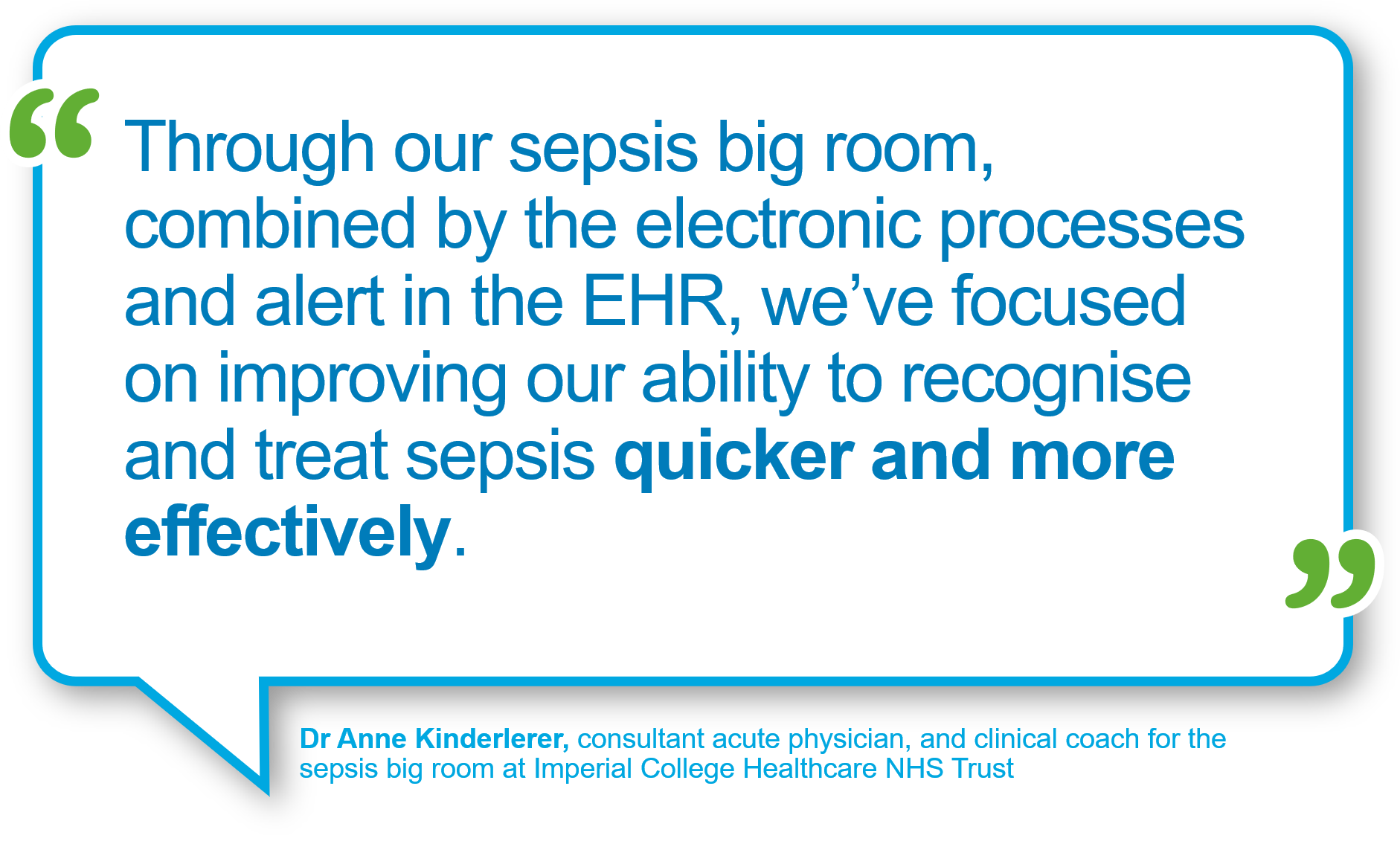 The power of data

The Trust recognises the advantages of digitised care using an integrated EHR. Their chosen EHR, Cerner Millennium®, enables the capture of patients’ observations, like pulse rate and blood pressure, as well as laboratory results. Within Millennium, Cerner’s St John Sepsis Agent continually monitors for combinations of patient observations and laboratory results that can indicate risk of sepsis. Using this real-time data, the sepsis alert flags the patient and prompts nursing staff to take action and escalate the patient for urgent review.

If a patient is confirmed to have, or be at risk of sepsis, a multidisciplinary care pathway, designed by the Trust, kicks in and the EHR launches a sepsis treatment plan to support the clinician to start treatment in line with hospital guidance, including fluids, oxygen, diagnostic tests, and early appropriate antibiotics. Content from local infection guidelines is built in, so that for any given potential sepsis diagnosis, it helps ensure the patient gets the right antibiotic treatment as soon as possible.

A key strength in the methodology was the inclusion of a silent running phase, during which time digital alerts were active but not visible to clinicians – providing a control group. Robust statistical methods were used to balance characteristics between the live and control phases. This eliminated a commonly seen problem in which alerts for sepsis appear to reduce mortality because they identify a group of milder cases that would not previously have been considered sepsis.

With sepsis, the key to saving lives is early identification, especially the need to administer antibiotics within that first critical ‘golden hour’. The alert made a significant impact: even within the first year of its introduction, the number of patients across Imperial’s hospitals coded with a diagnosis of sepsis increased by 85%, from an average of 26 cases per week to 48.

The use of Cerner’s sepsis alert, coupled with the care plans developed with the big room approach, means that patients are now 71% more likely to receive timely antibiotics. This in turn has led to a 7% reduction in the chances of a patient experiencing a long length of stay (of seven days or more).

More patients are being diagnosed with sepsis, but more are surviving sepsis, too. Imperial found that without the alert, 6.4% of patients died within 30 days - and this reduced to 5.1% when the digital alert system was used - a 24% reduction in the risk of deaths from sepsis.[ii] The work is also encouraging greater staff engagement, particularly amongst junior doctors and nurses. Dr Anne Kinderlerer, consultant acute physician at Imperial College Healthcare NHS Trust, notes that “the team have demonstrated a new method of designing and building change in the electronic record. It moves away from the ‘fire and forget’ approach and instead allows for iterative improvement in response to data and patient and staff voice. This makes it easier for staff to take the right actions for patients, at the right time.”

Lessons learnt along the way

Tackling such a huge issue at one of the largest providers in the UK is no small undertaking. And the widescale holistic approach has evidently had impact. However, the Trust acknowledge the challenges and key lessons learnt during their journey.

“Often, digital systems are implemented but research on their performance is not done,” Dr Kate Honeyford, researcher at Imperial College London’s Global Digital Health Unit, said of the research. “Our study shows for the first time that robust analysis of a digital alert system was associated with improvements in outcomes for patients and the system presents an opportunity to improve care for patients who may have sepsis.”

The big room approach brought together experts from across departments and specialties, integral for clinical engagement and adoption, design and iteration, and effective deployment.

Dr Kinderlerer co-authored the study and is delighted with the outcomes. “More patients are surviving sepsis at our hospitals and this is testament to the work that has been done in the big room and across the Trust. There is still a lot more we can do to improve outcomes and experience for our seriously unwell patients.”