Because the Whole Family Serves 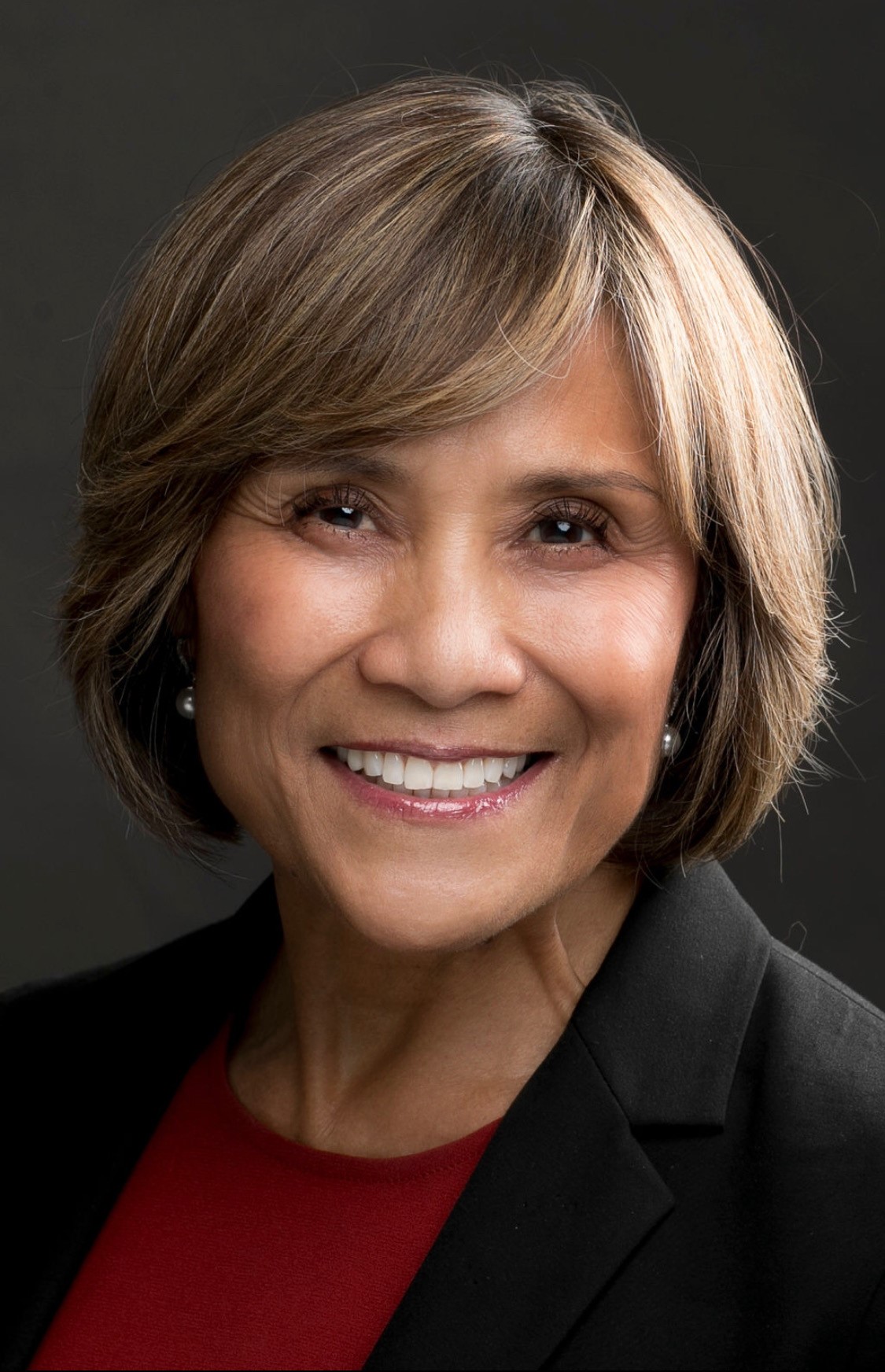 For nearly 30 years Vice Admiral Raquel C. Bono, MD, MBA, FACS, served with honor and distinction as a highly respected Naval Officer and the first woman surgeon in the military to hold the rank of Vice Admiral.

Currently, Bono is the Chief Health Officer for Viking Cruises, an industry-leading model to establish a C-suite office for restarting the cruise and travel business while maintaining a public health safety profile. Previously, she was a gubernatorial appointee as the Director of Washington State COVID-19 Health System Response Management. Bono is a Senior Fellow with the Johns Hopkins University Applied Physics Laboratory and a Visiting Scholar of the University of Texas Value Institute. As the former chief executive officer (CEO) and director, Defense Health Agency (DHA), Vice Admiral (Dr.) Bono led a joint, integrated combat support agency that enabled all branches of the U.S. military – Army, Navy, and Air Force – medical services to provide health care services to combatant commands. Bono integrated an unprecedented $50 billion worldwide health care enterprise composed of 50 hospitals and 300 clinics that provide care to 9.5 million military beneficiaries; oversaw the Department of Defense (DoD) deployment of the electronic health record (EHR) system; and advanced the development of the largest federated health system with the U.S. Department of Veterans Affairs.

A board-certified trauma surgeon, Dr. Bono is an inspiration and role model for all surgeons, especially female surgeons across the country and in the military. Dr. Bono received her Bachelor of Science degree from the University of Texas, Austin; her Master of Business Administration from Washington State University, Spokane; and her medical degree from Texas Tech Health Sciences Center, Lubbock. She completed her surgical internship and residency at the Naval Medical Center, Portsmouth, VA and performed a trauma and critical care fellowship at the Eastern Virginia Graduate School of Medicine, Norfolk. 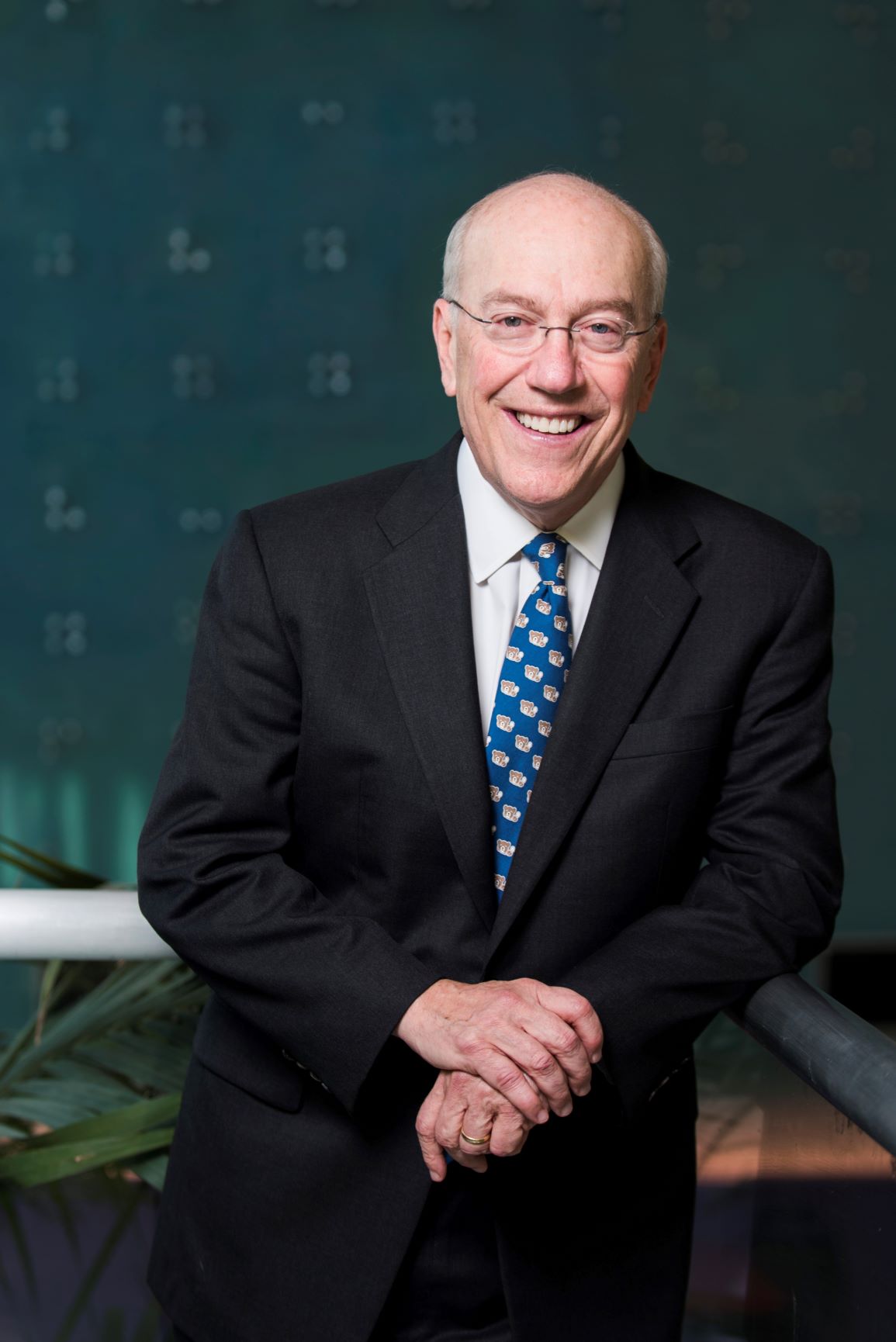 Dr. Kurt Newman is President and Chief Executive Officer of Children's National Hospital. He is a surgeon and recognized leader in pediatric healthcare nationally and in Washington, D.C.

Since becoming CEO of Children’s National Hospital in 2011, he has fostered a culture of patient-centered care and championed a culture of innovation in research, operations and clinical care. Dr. Newman is a strong advocate for expanding mental health access for kids and has led two national forums on this issue.

Dr. Newman joined Children’s National as a surgical fellow in 1984 and became Surgeon-in-Chief and Senior Vice President for the Joseph E. Robert, Jr., Center for Surgical Care in 2003. In 2009, he was instrumental in securing the transformational $150 million gift to create the Sheikh Zayed Institute for Pediatric Surgical Innovation at Children’s National. The institute has the bold vision of making surgery for children minimally invasive and pain-free.

In 2017, Dr. Newman’s medical memoir, Healing Children: A Surgeon’s Stories from the Frontiers of Pediatric Medicine, debuted as an Amazon bestseller in pediatrics and earned national attention and critical praise in The New York Times Book Review, The Washington Post and Harvard Business Review. 100 percent of the proceeds from his book go to pediatric research. 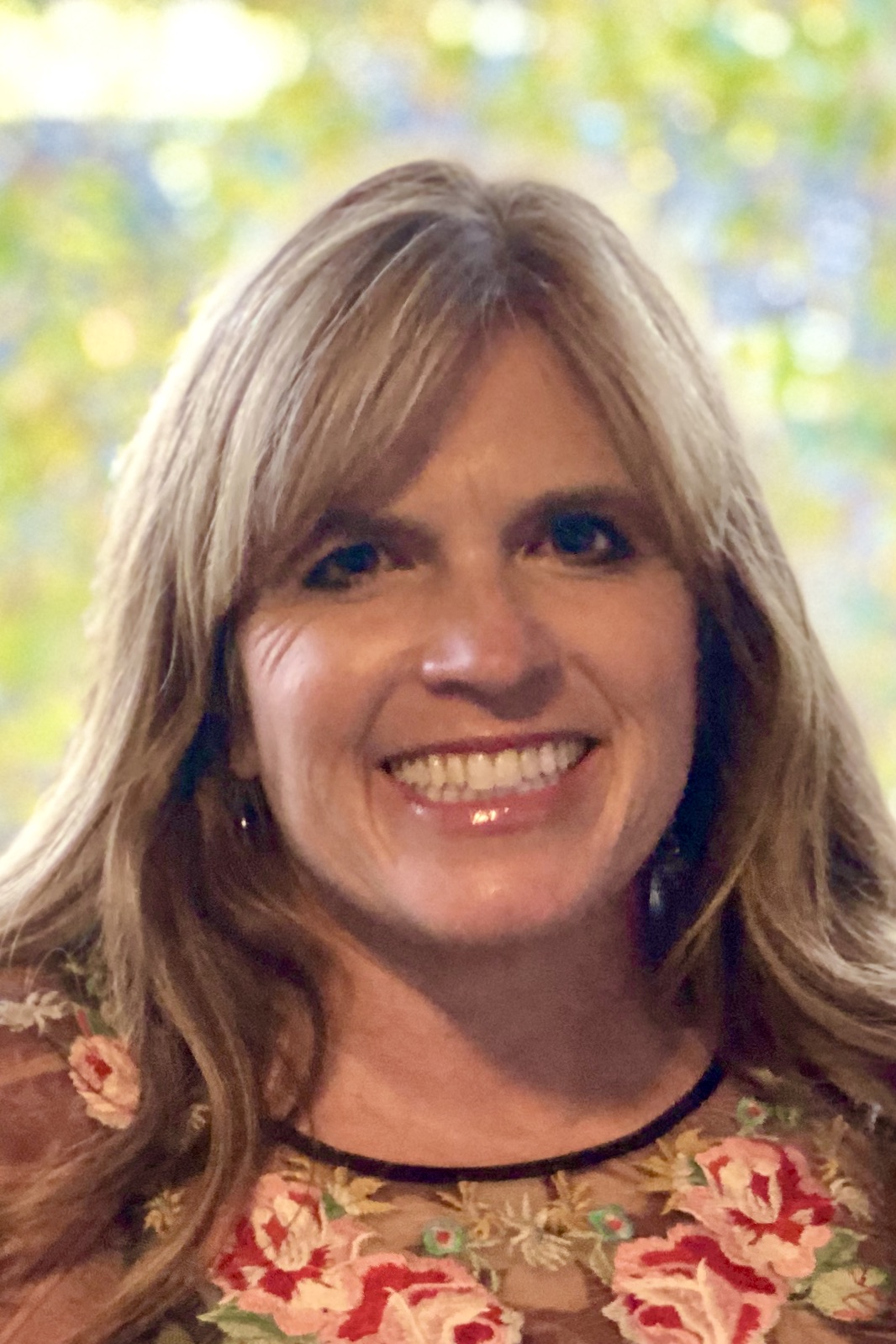 Kara is the principal of Oakley Capitol Consulting, LLC focusing on public policy, strategy and advocacy.

Having devoted much of her career to representation of children’s hospitals, Kara has developed an expertise in child health care policy and health care financing. She has positioned children’s hospitals to thrive in a complex Department of Defense health care system, improved children's health coverage, access to care, and care experiences for military families, and accomplished millions of dollars in reimbursement improvements and recoupment of underpayments.

Legislative highlights include crafting the seminal legislation to improve military healthcare for children and children with special needs, Tricare for Kids, and shepherding it through Congress in the National Defense Authorization Act; ensuring hospice coverage for children of military families; and improving access to and coverage of respite care and other critical services for families impacted by complex, chronic and disabling conditions

Always a problem-solver, Kara appreciates the challenges inherent in politics and policy. With more than twenty-five years of interaction along the spectrum of government, community based organizations, and business, she excels in identifying common ground and crafting innovative approaches, such as community partnerships and strategic alliances, to achieve goals.

Kara created and leads the Tricare for Kids Coalition of stakeholders building on legislative gains and working to improve healthcare and support services for children of military families.

A graduate of the University of Tennessee and Florida State University College of Law with honors, Kara cheers the Volunteers and Seminoles to victory from her home in the foothills of the Smoky Mountains. 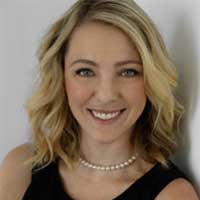 Under Shannon’s leadership, MFAN has become a premier, respected nonprofit leader who effectively understands the modern military family and connects military families to the resources they need to thrive. Shannon serves as one of three civilian advisors to the Secretary of Defense on the Military Family Readiness Council and is regularly called on by national and local media to weigh in on military-related topics, including CBS, CNN, and FOX. 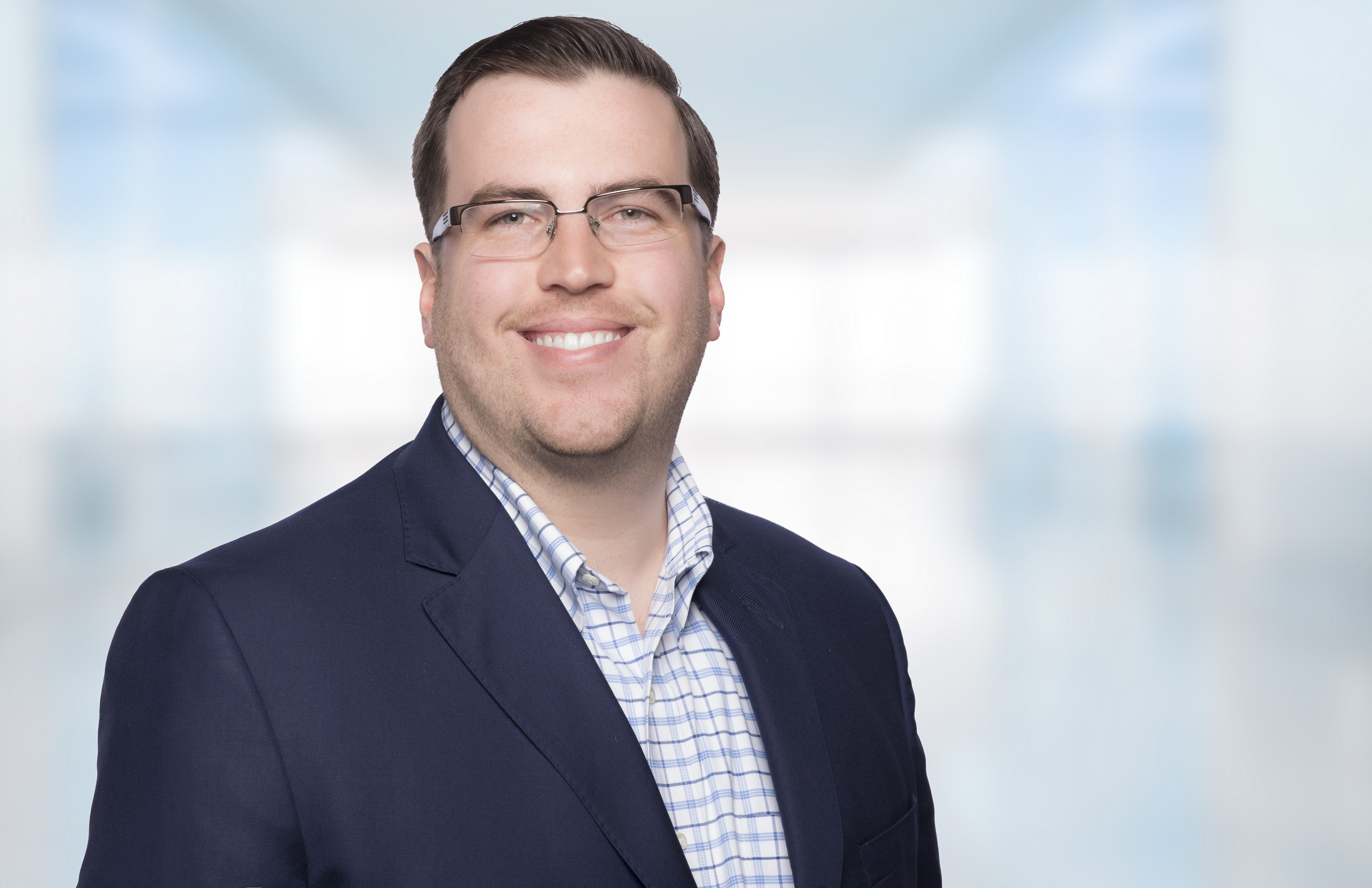 He is leads Cerner’s growth strategy and positioning the company as a trusted advisor across the military health and Defense Department space. He positively impacts the business with his ability to establish lasting relationships and deliver value for Cerner clients. Moreover, he leverages his legal background to apply a creative approach to logical problem solving.

Leadership experience
Since joining Cerner in 2013, Daniel successfully led a number of significant client engagements including the initial deployment for the DHMSM program and was the key architect behind the planned optimization period that followed.

Prior to his transition into the federal space, Daniel consulted some of Cerner’s most pivotal integrated delivery networks, academic institutions and holding companies on Workforce Management and Ambulatory systems and workflow integration.

Accomplishments
Under his leadership, Daniel was responsible for the successful strategy and deployment of methodologies that led to improvements and execution of the DHMSM program rollout in recent waves. He continues to oversee the client, partnership relations, and the delivery team working on the DHMSM, eHRa and APLIS programs. Daniel also has overall accountability for relationships and new opportunities within the entirety of the military health space.