Our nation’s public health ecosystem is currently overwhelmed, and with COVID-19 we must strengthen our national public health system for the benefit of all Americans. It’s critical that federal government authorities, state public health experts, and policy development officials find the most effective approach to data collection, sharing, and reporting for now and in the future.

During this one-hour FREE webinar, we’ll investigate how to make data sharing faster and more efficient to relieve the burden faced by health care providers. 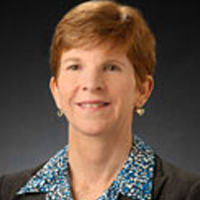 Paula Yoon, ScD, MPH, is director of the Division of Health Informatics and Surveillance. In this position, Dr. Yoon provides leadership and oversight of activities that support two national surveillance programs: 1) the National Notifiable Diseases Surveillance System that enables health departments to send case notifications on about 120 national notifiable diseases to CDC and 2) the National Syndromic Surveillance Program that supports local and state health departments in using syndromic surveillance data for situational awareness and response to health threats. The division also develops information systems for data collection, exchange, and processing and provides a Data Hub that coordinates access to external health-related data sources for CDC researchers.

Previously, Dr. Yoon was the director of the Division of Epidemiology, Analysis, and Library Services; Center for Surveillance, Epidemiology, and Laboratory Services. In this position, Dr. Yoon oversaw cross-cutting programs that included measurement of population health and health disparities, access to and analytic support for the use of healthcare data for public health, Epi Info software development and application for epidemiologic investigations, systematic reviews of community preventive services, and access to scientific literature and reference services.

Dr. Yoon joined CDC in 1994 as an officer in the Epidemic Intelligence Service in the Birth Defects and Pediatric Genetics Branch where she conducted investigations of birth defects and was the principal investigator of the National Birth Defects Prevention Study.

Dr. Yoon also worked in CDC’s Office of Public Health Genomics where she led an initiative to evaluate the use of family medical histories as a public health strategy that included the development of a web-based family history collection tool and a clinical trial to evaluate the tool.

Dr. Yoon also led the Health Services Research and Registries Team in the Division for Heart Disease and Stroke Prevention from 2007 to 2011.

Before joining CDC, Dr. Yoon worked at the World Health Organization and the U.N. International Labour Office in Geneva, Switzerland, and the Johns Hopkins Institute for International Programs in Baltimore, Maryland. She also was a Peace Corps Volunteer in Kenya.

Dr. Yoon received her bachelor’s degree at Boston College and her master’s degree in public health and a doctor of science degree from The Johns Hopkins University School of Public Health. 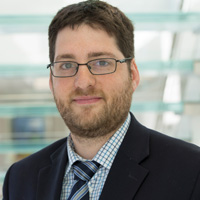 Ben Moscovitch directs Pew’s efforts to improve the safety of electronic health records and enhance the exchange of information so health care providers and patients have the data they need to make informed decisions. This work will help advance efforts to ensure that the design, implementation, and use of EHRs do not contribute to unintended harm, and that they can be used to improve care. Previously, Moscovitch worked on Pew’s medical devices project, advancing policy reforms to support innovation, patient safety, and quality improvement.

Before joining Pew, Moscovitch was a public policy communications officer for the National Association of Chain Drug Stores. He also previously worked as a journalist, covering medical product regulation and legislation.

Moscovitch received a bachelor’s degree in English from Georgetown University and master’s in Middle Eastern history from Tel Aviv University. 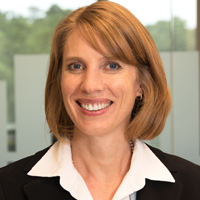 Janet Hamilton, MPH, assumed the role of CSTE's Executive Director in April 2020. As Executive Director, Janet works directly with the Executive Board and senior management team to lead and shape CSTE’s mission of advancing the field of applied public health epidemiology in the U.S. Janet received her Master of Public Health in Epidemiology from the University of Michigan and is a graduate of the American Medical Informatics Association (AMIA) 10 X 10 program. She was a member of CSTE’s Executive Board, serving from 2011 to 2015 as the Surveillance and Informatics Steering Committee Chair and was CSTE President from 2017-2018.

Janet is an epidemiologist with over 15 years of public health work experience at the national, state, local, tribal, and territorial levels overseeing policy development and liaising with CSTE members and strategic partners. She started her career as fellow in the Florida-based Epidemic Intelligence Service with the Florida Department of Health in 2003 where she focused primarily on conducting outbreak investigations. Prior to her selection as Executive Director, Janet served as CSTE’s Senior Director of Science and Policy, leading organizational efforts to strategically combine applied epidemiology science with policy efforts to advance public health and applied epidemiologic public health practice. One focus of her work at CSTE has been to lead public health surveillance data modernization through the “Data: Elemental to Health” campaign, which seeks to secure $1 billion in federal funding over 10 years to support this foundational need.

In her previous role with the Florida Department of Health, Janet played leadership roles in Florida’s response to 2009 H1N1, MERS-CoV, Zika, fungal meningitis, Deep Water Horizon Gulf oil spill, 11 major hurricanes including the 2004 season where the state was impacted by four major storms, the threat of imported Ebola from West Africa in 2014 and other outbreaks and public health events. She oversaw both the design, development and maintenance of the disease/condition surveillance systems themselves, as well as the rules and regulations to support data collection efforts. Additionally, she oversaw Meaningful Use activities for the Florida Department of Health in the areas of electronic laboratory reporting and syndromic surveillance. Her efforts developing and running the Florida Department of Health’s infectious disease surveillance systems made Florida a leader in innovation in both reportable disease and syndromic surveillance.

Janet’s work has been recognized in 2011 with the receipt of the Healthcare Information and Management Systems Society (HIMSS) Davies Award for positively impacting population health by optimizing health information technology. She has also been actively involved in numerous national committees to advance public health surveillance. At CSTE, she continues her work to support effective public health surveillance and sound epidemiologic practice through training, capacity development, and peer consultation. 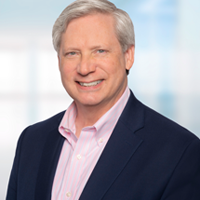 Leadership experience
Dick joined Cerner in 1994 as vice president of client relationships. Over the past 25 years, Dick has led in key executive roles including leading Cerner’s acquisition of Siemens Health Services in 2015. In this role, he oversaw the integration of a workforce of more than 5,000 associates. Dick also led Cerner’s academic and children’s clients and most recently, served Cerner’s strategic outsourcing business, Cerner ITWorksSM.

Prior to joining Cerner, Dick spent more than 13 years in client management roles at IBM. He operated as the business unit executive for health care in the Mid-Atlantic region.

Dick is a graduate of Mount St. Mary’s University and has a bachelor’s degree in political science and economics. He has a master’s degree in administrative science from John’s Hopkins University.

Passionate about education, Dick serves as Board Member and immediate past chair of the board of Donnelly College in Kansas City, KS, Board Member for University Missouri Kansas City, and the Tiger Institute for Health Innovation, a public-private partnership between the University of Missouri Health System and Cerner.