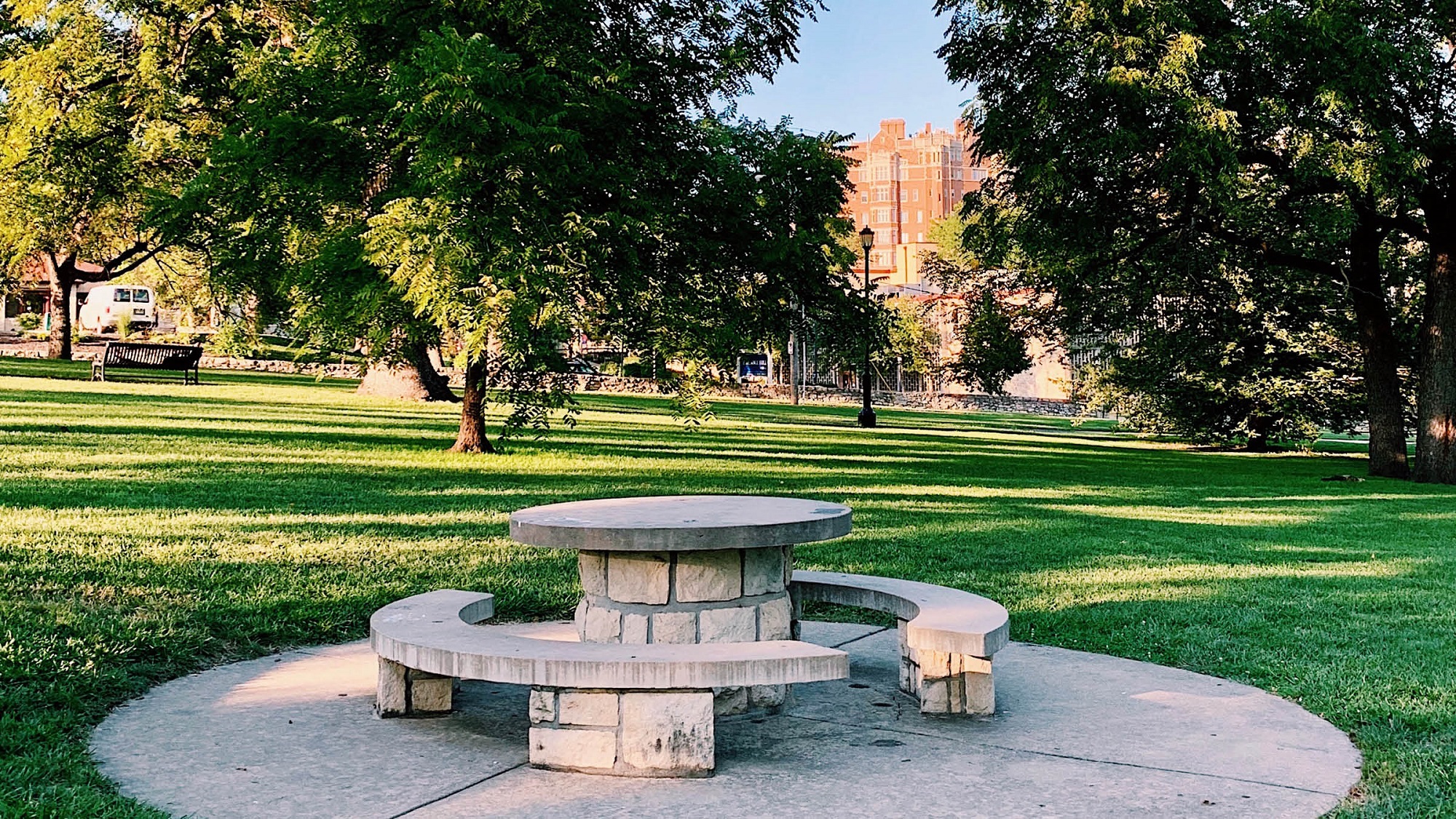 40 years at the intersection of health care and IT

For four decades, Cerner has pursued breakthrough innovation that’s helped shaped the health care industry as we know it. This month, we’re recognizing Cerner’s 40th anniversary and looking back at some of the company’s milestones along the way.

Before leaving Arthur Andersen & Co. to form their own company, three young friends and co-workers sat around a picnic table at Loose Creek Park in Kansas City, Missouri brainstorming business ideas. It was here that Neal Patterson, Paul Gorup and Cliff Illig conceived PGI & Associates, the company that would eventually become Cerner.

According to Neal, the three knew there were great opportunities in software and information technology – even if they weren't sure where it would take them.

In August, St. John Medical Center in Tulsa, Oklahoma, installed PathNet Laboratory Information System. As PGI’s first clinical IT solution, PathNet was designed with the flexibility to grow and change with the rapidly evolving health care industry. PathNet became a blueprint for the company’s future clinical solutions, addressing needs in other areas of health care. 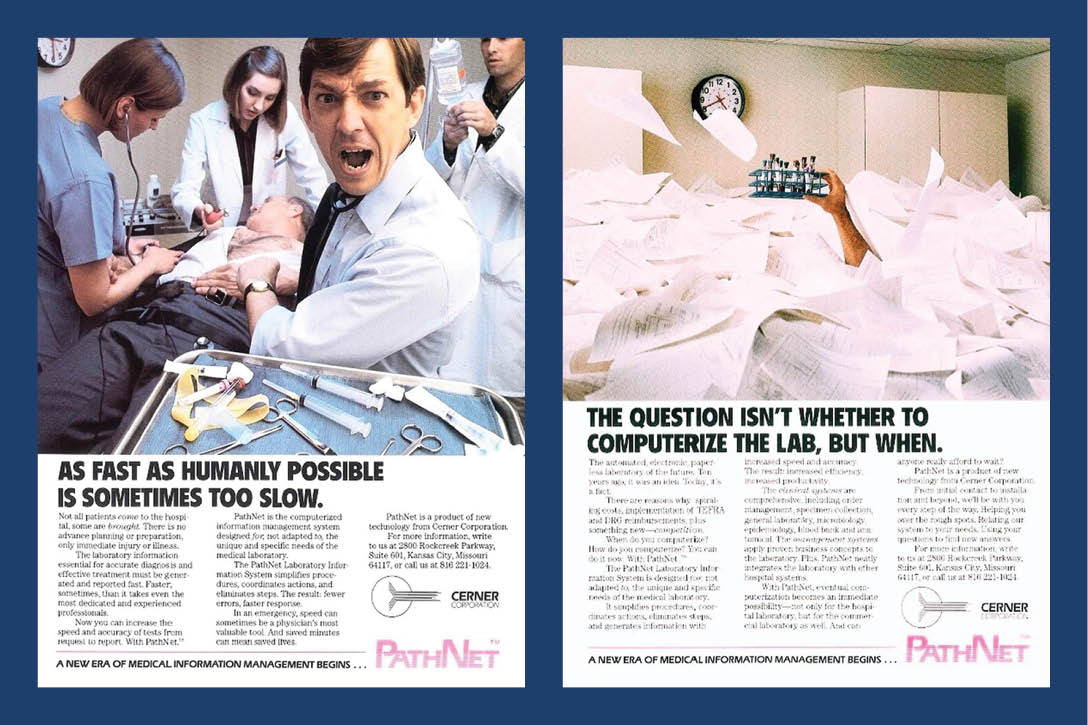 The company changed its name to Cerner, stemming from the Latin word “cernere,” which loosely translates as "to discern." 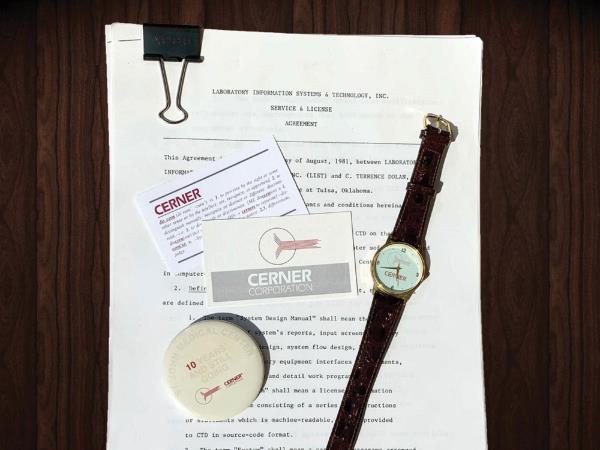 A Cerner watch and early business cards sit on top of the contract for the installation of PathNet at St. John Medical Center in Tulsa, Okla.

PathNet went live in Canada in 1985 and in the U.K. the following year. Today, Cerner solutions are used in more than 35 countries by approximately 694,000 physicians and more than 2.2 million caregivers.

CERN was officially listed on NASDAQ on Dec. 5. Cerner’s original IPO price was $16 per share. After adjusting for six stock splits, the split-adjusted IPO price was $0.25 and has increased at a compound annual growth rate of 19% since the initial public offering.

Another milestone that year was the launch of the annual Cerner Health Conference (CHC), a symposium attended by 35 clients. In contrast, CHC 2018 brought approximately 14,000 people to downtown Kansas City for a three-day event with more than 200 education sessions and a 90,000-square-foot Solutions Gallery.

A prospectus for Cerner’s IPO from Dec. 5, 1985 (left)  and a memo to clients from the late 1980s stating that Cerner “...continue[s] to install four systems each month” (right). Today, Cerner is contracted at more than 5,900 hospitals and 27,500 provider facilities.

In January, Cerner announced its intent to purchase Rock Creek Office Park, a 98-acre plot in North Kansas City, Missouri. Later that year, Cerner hired its 1,000th associate. Since then, the company has expanded its footprint across the Kansas City metro, the U.S. and the globe. Today, Cerner has associates on seven Kansas City campuses, as well as offices in 17 states and 25 countries.

“Our assets are not in [facilities]; they’re in people’s heads.”

1995 The First Hand Foundation is started

Cliff Illig, Neal Patterson and his wife, Jeanne Lillig-Patterson, started the First Hand Foundation to improve the health of children across the globe. To date, Cerner associates have donated nearly $40 million through voluntary payroll deductions, changing the lives of more than 475,000 children. 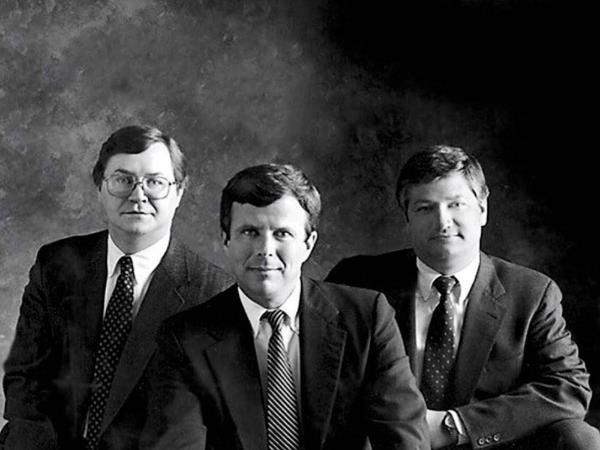 The company’s first on-site health clinic opened on its World Headquarters campus. The innovative facility was designed to provide Cerner associates and their families with access to convenient, affordable and comprehensive care. Today, Cerner has on-site health clinics on four of its seven Kansas City campuses.

In June, Cerner completed construction of its 135,000-square-foot data center, which was designed to withstand an F4 tornado and other natural disasters. Today, Cerner manages about 200 petabytes of data — about 100 times the combined data of all U.S. academic research libraries. 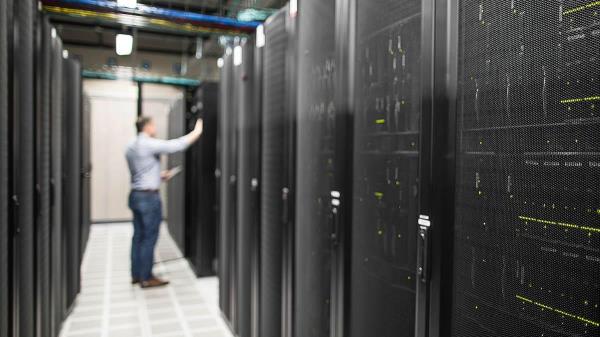 The company finalized its acquisition of Siemens Health Services in February. The purchase boosted Cerner’s annual research and development investment to $650 million and marked the opening of the company’s Malvern, Pennsylvania, office.

The evolution of the Cerner logo

In May, the Department of Veterans Affairs (VA) announced it selected Cerner to provide a single electronic health record solution for Veterans. This followed the 2015 announcement that the Leidos Partnership for Defense Health, of which Cerner is a core partner, had been awarded the contract for the Department of Defense (DoD) Healthcare Management System Modernization.

Working with VA and DoD, Cerner is creating a single record across more than 1,700 health care sites and a lifetime of seamless care for nearly 20 million Veterans, Service members and their families.

The company ushered in a new wave of innovation in August when it named AWS its preferred cloud provider. Cerner's renewed focus on transforming the future of health care begins with delivering faster, more scalable and secure solutions to clients and patients worldwide. Because, even after 40 years of innovation, Cerner still believes that health care is too important to stay the same.

“Cerner has the unique opportunity to build upon our strong foundation and transform the health care of tomorrow. By working with our clients and partners, we are committed to ushering in a new wave of innovation and creating a seamless and connected world.”

Since 1979, we’ve been proud to work at the intersection of health care and information technology to connect people and systems around the world. Learn more here. 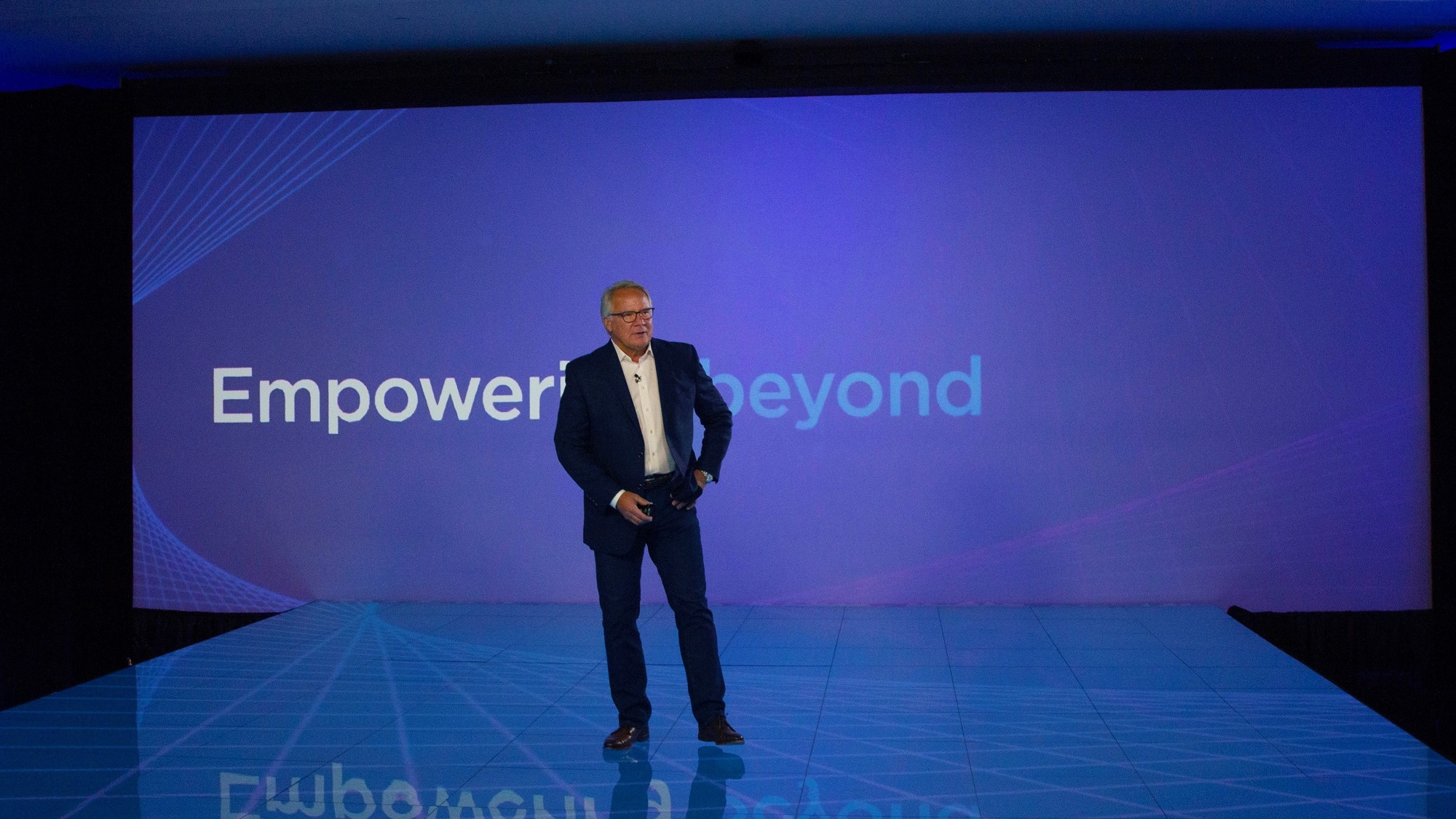 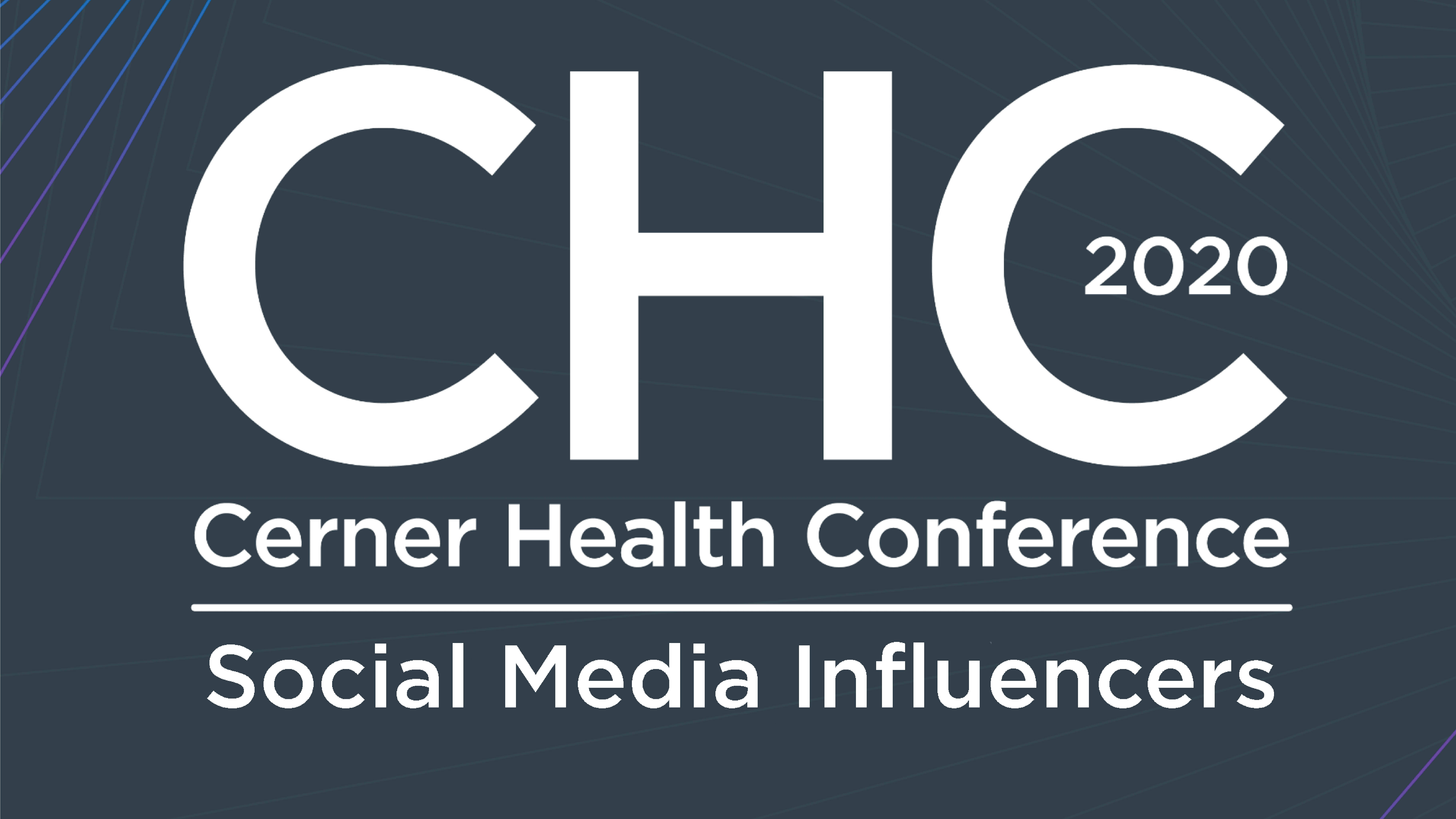