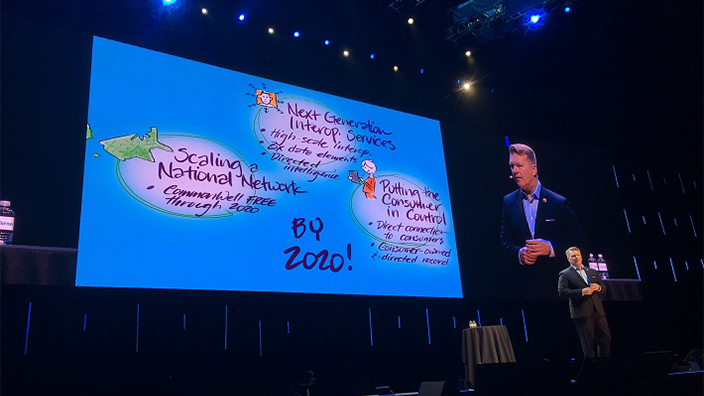 Day 4 of the Cerner Health Conference (CHC) focused on interoperability and client value creation. In the final general session of CHC17, attendees heard from Cerner Senior Vice President and Chief Strategy Officer Joanne Burns on the consumer perspective through a past patient’s story:

“At home, I'm a mom and a wife, but when I'm here, I'm a patient and I'm sick. I don't want to be defined by my disease, I want to go home,’” Burns said, recalling her words. Getting our patients better and sending them home, Burns said, is "the work we're doing, and that's the work we've got to continue."

A commitment to an interoperable, patient-centered EHR

“At Cerner, it's been a really interesting year,” Cerner President Zane Burke began, as he addressed the Sprint Center crowd. “On the one hand, incredible growth, more innovation, more client value, more successes. On the other hand, we had the melancholy: The loss of our friend, our founder and mentor.”

Neal Patterson’s passing, Burke said, was a galvanizing event for the company – a call to “finish what's in front of us – because there's so much left for us to do.”

“I often say we're the only industry that puts rock stars at the keyboard,” Burke continued, “and those rock stars deserve the kind of investments we're making and the attention we're providing as an industry. Together, we can make a significant difference.”

Burke pointed to the progress that’s already been made around interoperability with CommonWell, which holds over 60 million patient records and has over 60 different companies signed on.

“Interoperability is very simple to us: [It’s] ‘Can I have my patient record?’” Burke said. With that, he announced that Cerner would extend free CommonWell services to Cerner clients for an additional three years through 2020.

Burke also made a commitment to next-generation interoperability capabilities, available within Cerner Millennium regardless of EHR: “It shouldn't matter if it's Cerner's EHR or someone else's EHR,” he said. “We need data form multiple places, and we need that data to flow freely.”

Finally, Burke committed to making a difference to the physicians, clinicians and patients Cerner serves by providing a consumer-directed patient record.

“We're providing a consumer health record for all of your patients at our cost,” he said. “What that means is this: We will work in concert with your patient portal so that each one of us [as patients] has the ability to take our information and create our own experience. It's time for the patient to be part of the care team, and it's time for us to embrace that. No matter what the definition [of interoperability] is, you can agree that we can solve that problem.”

Dr. Donald Rucker, the national coordinator for the Office of the National Coordinator for Health IT (ONC), detailed some of the ONC’s goals and what recent policy and regulation updates mean for the health care industry.

“As we look at health IT now, we've made a ton of progress,” he said, “but as we collectively look out at health care IT, [we’re thinking about] some of the next things we want to do. There are two areas we want to focus on, and that's what ONC and Congress have laid out as the roadmap of the administration. The first is provider burden."

It’s easy to understand the provider burden, Rucker said, based on recent data that shows physicians are spending an average of five hours a day and an hour and a half at night in front of their EHR screen working on patient records. “There are a number of things we need to do to reduce that,” he said. “At ONC, we're rethinking the stack of regulations. We have to figure out how to make that better, and I think you're going to hear more in the coming months on the provider burden.”

The second area of focus for the ONC, Rucker continued, is interoperability.

“Congress has captured a need for more interoperability,” he said. “When you meet with senators and representatives on these things, it doesn't start with technical discussion. It’s personal.”

The 21st Century Cures Act, Rucker explained, requires the Department of Health and Human Services and the ONC to do a few different things: “We have to define interoperability, we have to define information blocking and, maybe most interestingly, we have to define open APIs. How do you make those broad questions concrete? That's a challenge. To keep our sanity and make this practical, we're looking at a couple of specific use cases.”

The first use case, Rucker said, centered on empowering patients and consumers to personally own their health data with the help of open APIs, like SMART on FHIR. In the second use case, Rucker discussed the necessity of using modern science – such as big data, population health tools and machine learning – to aggregate and analyze data on populations to improve the health and outcomes for broad groups of people.

“The third use case is, ‘What is an open API without special effort?’” Rucker said. “And as we define open APIs, FHIR will play a very big role.” Rucker applauded Cerner’s Dr. David McCallie, senior vice president of medical informatics, for his role in moving FHIR standards from concept to reality.

Innovation in interoperability and digital health

Cerner’s Vice President of DeviceWorks and Interoperability John Gresham gave some updates on Cerner’s work on interoperability, saying that the company is proud to be igniting change through open and interoperable principles.

“Advancing nationwide health record exchange is a tough mission, but as providers of care, we expect that information to flow seamlessly through the workflow, as we need it, when we need it,” said Gresham.

Gresham also shed some light on Cerner’s work with Boston Children's Hospital’s Innovation and Digital Health Accelerator. “They're helping us understand where we can go and how we can address consumer and provider experiences in a different way.”

Dr. Daniel J. Nigrin, senior vice president for information services and CIO at Boston Children's Hospital, spoke to the impact SMART apps and FHIR standards had on his organization.

“I like to see ideas become reality, and I don't believe they're good ideas until they're proven in the trenches,” he said. He pointed to some examples, including an application called BP Centiles that allows clinicians to interpret children’s blood pressures in an intuitive way and embedded into the Cerner PowerChart, and TriVox Health, a disease management platform that represents not only the clinicians’ observations, but also the voices of the patient, the parents or guardians and other caregivers, such as school nurses or social workers.

“We're also working on things like Alexa integration, and we're also hard at work on telemedicine and precision medicine functionality, both of which we're working with Cerner on,” Nigrin said. “We've embraced SMART on FHIR, and we're innovating like crazy in this space.”

Open and code platforms are critical, he continued, because they allow a whole ecosystem of third party innovators to create: “The main reason I'm excited is that it represents an important juncture for HIT.”

Treating addiction as an illness

William C. Moyers shared a powerful message of addiction, recovery and hope. A self-described “man with everything,” he ended up going down the path of addiction. Twenty-three years ago, when his family had tracked him down to a “violent crack house in Atlanta,” he began his recovery journey. Today, Moyers is the vice president of public affairs and community relations at the Hazelden Betty Ford Foundation, a nonprofit alcohol and drug addiction treatment provider.

“Addiction is a bipartisan illness that deserves a bipartisan solution,” Moyers said. "The miracle of recovery is only starting when we get sober.” He ended with an inspiring action item for the health care professionals in the room: “Lead the way in continuing to embrace what has worked for so long so we can do a better job for the sake of those that still suffer, who's tomorrow depends on what we do for them today.”

Shaping the future of health and care

In describing the future of health care, Rachel Maguire, research director at the Institute for the Future, discussed the impulse for people to go straight for the numbers. Demographics changes, technological advancements and incidences of diseases dominate our understanding of the future of health.

Maguire discussed how we need to analyze more than just the numbers through the lens of a caring ecosystem, survivorship care, health-aware worlds (IoT) and re-entry health. She also noted how consumer technology will push our understanding forward.

The last full day of #CHC17 wrapped with the annual bash in the Kansas City Power & Light District.

Photos and updates from Day 4: 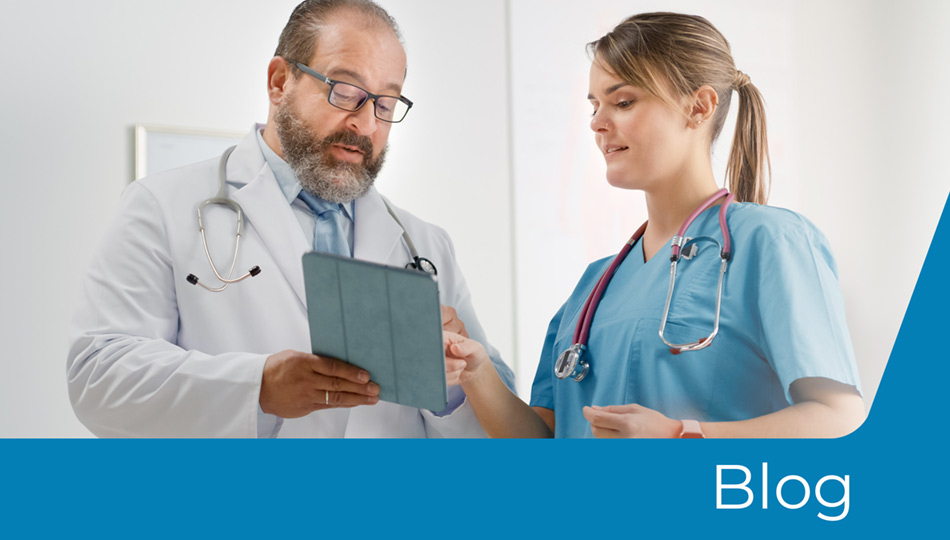 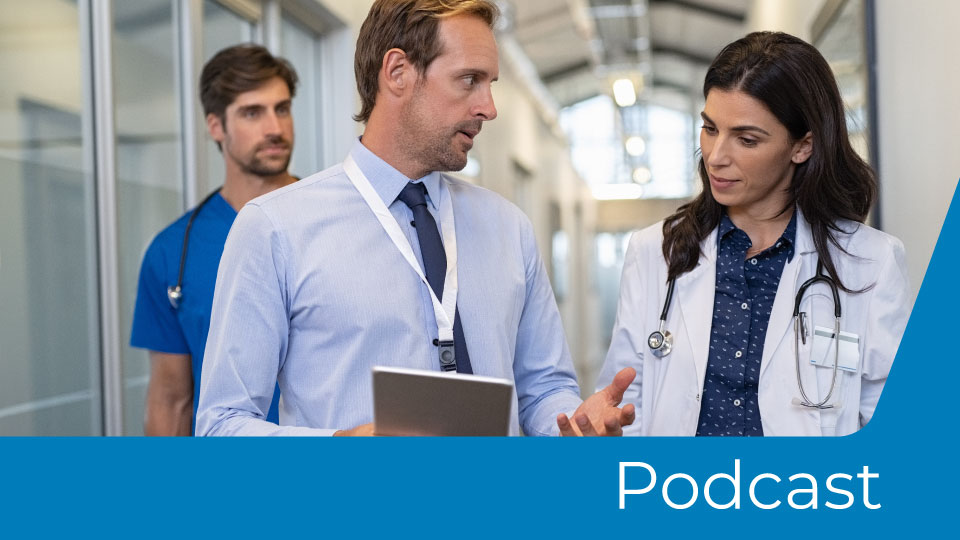 Ep. 228: How TEFCA impacts the future of healthcare
4/20/2022
Learn about TEFCA, what it means for healthcare organizations, and what a trusted exchange framework can help providers accomplish going forward. 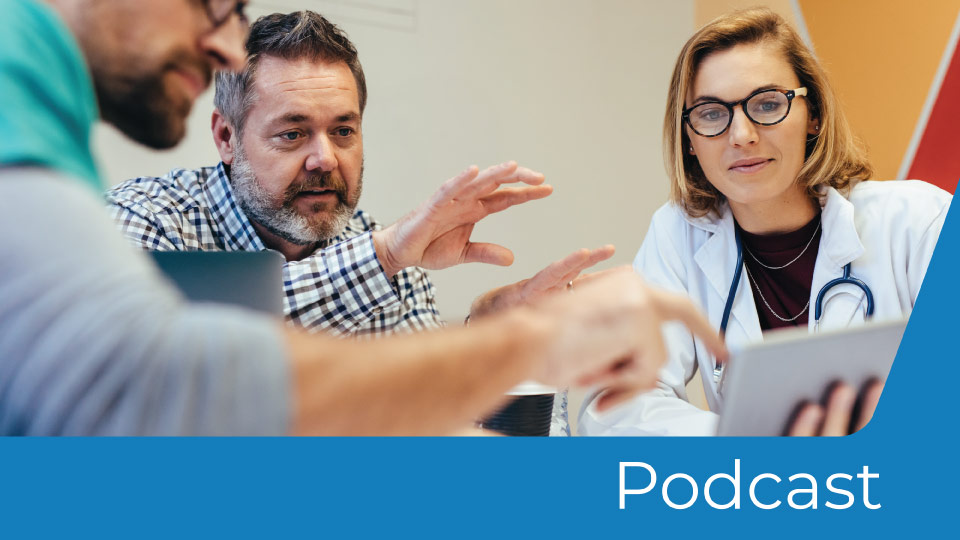